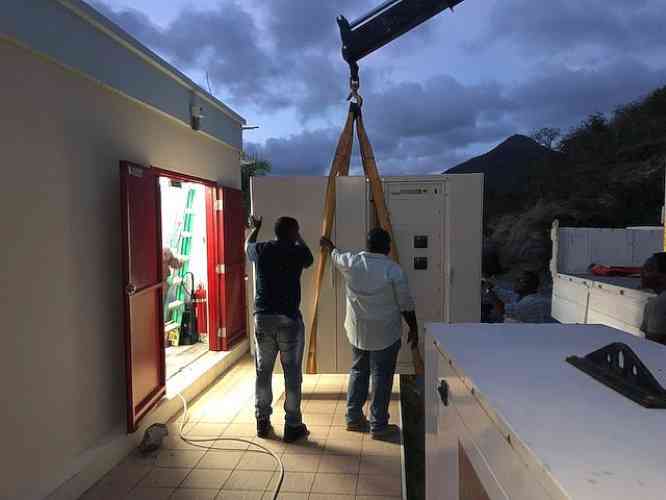 POND ISLAND–TelEm Group Internet clients lost service suddenly from approximately 4:00 to 9:30pm Saturday, while work was being carried out on a new backup power system at the Smitcoms building in Harbour View.

“Unfortunately, with the power system going off suddenly the correct procedure and protocols in place to ensure that systems could be brought up right away could not be implemented,” said Louisa.

He said the systems had to be brought back online more slowly and not once, but twice for the afternoon until all systems were properly re-configured and stable again.

“Ironically a contractor/vendor was assisting in the process of installing a more robust power system to protect against sudden power outage, especially as we are now in the hurricane season, when this outage happened Saturday,” said Louisa.

He said that despite having all contingencies in place, a failure did occur that should not have happened. Company technicians and the local vendor carrying out the works Saturday have been asked to present a full report with suggestions of how they can mitigate against other outages of this kind when similar work is carried out in the future.

“I was assured by the contractor/vendor that this would be a routine upgrade that would not affect service, and this turned out not to be the case, so I’m calling for some answers and bringing the vendor’s attention to our loss of business and to the effect on our customers,” said Louisa.

“We are fully aware of how important our Internet service is to customers, and we continue to replace equipment that is end-of-life and put equipment and systems in place to minimise these types of interruption as much as possible to get our customers back online in the shortest possible time.”

TelEm Group Chief Executive Officer (CEO) Kendall Dupersoy himself was online with several technicians to find out what was the issue, and was informed how the problem was being resolved.

“I received quite a few calls from various people in the community who could not get online, but once they were told what was happening they were very understanding and patiently waited until we were back up again,” said Dupersoy.

He said a number of persons had feared the worst – that the company’s undersea link might have been damaged, leaving them without Internet service for many more hours.

“I was able to assure our business and residential customers that the undersea link was not the cause of the problem Saturday, and also assure them that in the event there would be such an incident, we have invested in a secondary backup system that will take over if the current fibre cable becomes damaged,” Dupersoy said.

He apologised to TelEm Group Internet customers and the public for any inconvenience caused by Saturday’s loss of Internet service.