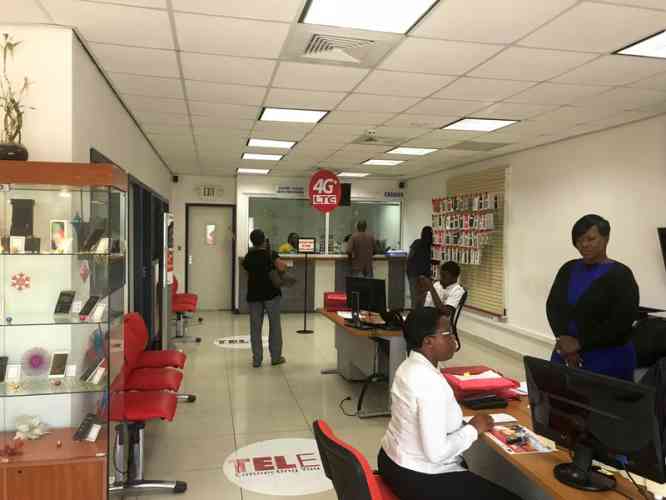 POND ISLAND–TelEm Group will reopen its main office today, Monday, after it was closed for several days last week due to the smoke emanating from the landfill fires.

Management said workers will be resuming their duties at the main building on Pond Island today.

Many staffers, especially customer service personnel, technicians and engineers not affected by last week’s closure continued working throughout last week’s incident. However, the majority of TelEm Group workers, located in the main building, were unable to continue their daily duties because of the closure.

“Technically we could have called staff back to work on Friday, but we wanted to be extra cautious that the air in the building was as clear and as safe as it could be for personnel coming back to work and also for customers visiting the building,” TelEm Group Chief Executive Officer (CEO) Kendall Dupersoy said in a press release from the company on Sunday.

He thanked members of staff who doubled up shifts at two other TelEm Group locations on Bush Road and Simpson Bay so that customers unable to do business in the main building could continue to be served. He also praised the technical staff for continuing to provide service to the public and customers while an emergency situation existed at their home base that also houses work supplies.

TelEm Group’s technical staff did not allow last week’s fire on Pond Island to stop scheduled maintenance and repair works throughout the island, the release said. “Even with the continuity of work by those mentioned above, we have had almost a week of lost business and productivity from this very unfortunate incident at the dump that was totally out of our control. We are all returning to our duties Monday with a lot of catching up to do,” Dupersoy said.

He said the company’s Human Resources and Development Department had been in continuous contact with personnel via their managers and supervisors who relayed messages directly to them as well as via the local and online media during the emergency situation.

TelEm Group advises customers that they can continue to make payments at any of the TelEm Group locations and apologises to all customers for any inconvenience caused by last week’s main office closure.