Home The Daily Herald TelEm teams up with Rio for 2019 Lighted Parade | THE DAILY... 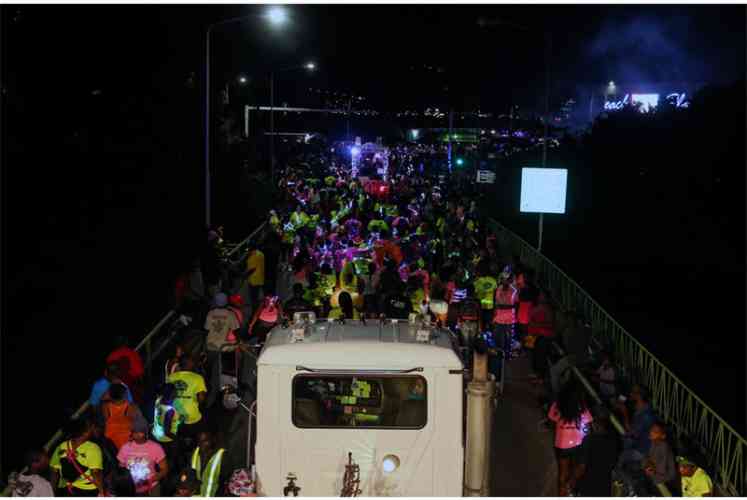 A scene during a previous Lighted Parade. (File photo)

Organiser Brenda Wathey is aiming to turn the event into the region’s brightest and most-attended night parade and will be partnering with some of “the best in the industry” to achieve this, TelEm said in a press release. Rio Productions announced earlier this week that it had joined with the ever-popular event promotion group Kalaboom Events.

The combination of Rio Productions and Kalaboom Events is predicted to turn this Lighted Parade into the most spectacular one yet, TelEm said. “Both groups are into the promotion of culture in the community and so it is a win-win for all of us,” said TelEm Group Marketing and Sales Officer Stephani Jong-Loy.

Jong-Loy said that for the first time, the annual Lighted Parade will be featured as part of the Oualichi Festival/SXM Best Weekend and will take place on the second day of the line-up.

Oualichi Festival/SXM Best Weekend will run July 4-7 showcasing a host of musical performances under the umbrella of Kalaboom Events. The roster consists of a night of free concerts, premium parties, the lighted parade, and a fun-packed beach party. There will be performances by artistes such as “Farmer Nappy” and “Triple K”, and more entertainers will be announced.

Jong-Loy said this is the first year TelEm will join Rio’s Lighted Parade as a partner, and the company is pleased to be part of an event that will attract both Dutch and French revellers as well as participants from the surrounding islands. “TelEm Group expects nothing less than a high-energy event to once again connect with our customers and the general public on the Dutch and French sides of the island. We will certainly be setting out to make the lighted parade a night to remember for everyone.”

For more information concerning the start of T-shirt/package sales, participants are encouraged to follow TelCell, Rio Productions and Kalaboom Events on Facebook, or visit the Rio Productions web page