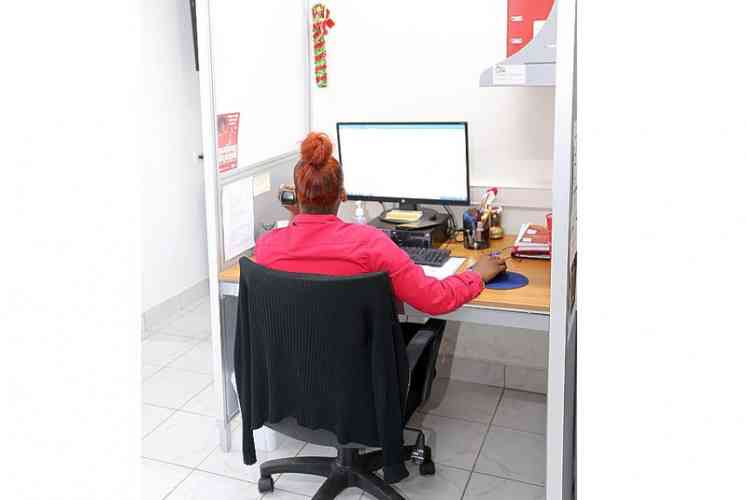 POND ISLAND–Persons calling TelEm Group’s main number, especially the company’s 611 Helpdesk, can expect fewer unanswered calls thanks to an upgrade of PBX and other monitoring equipment.

The upgrades were carried out in August with the help of equipment provider Mitel, following complaints from customers that their calls to the TelEm Group main office and Helpdesk lines were going unanswered.

“We investigated the complaints and tried to troubleshoot and fix whatever the problem was, and eventually called in the vendor from overseas to provide solutions,” said TelEm Group Chief Executive Officer Kendall Dupersoy.

He said following an analysis by the vendor, it turned out that, due to no fault of its own, the Helpdesk service was not receiving customer calls because they were terminating “somewhere in the cloud.” According to technicians looking into the problem, other calls were also going to an unknown number and not ringing at the Helpdesk.

“Since the problem was fixed, I am pleased with reports that customers are having much better success getting through to us and to the Helpdesk. I am encouraging our customers to continue to report these issues to us as they come up so that we can tackle them right away as we have in this case,” said Dupersoy.

TelEm Group Manager of Sales Lucrecia Lynch said the new upgrades are “really smart,” providing the Helpdesk staff with many new features, including one that allows them to register dropped or unanswered calls so that they can call customers back as a follow-up service.

“Customers have been pleasantly surprised that after an abandoned call they still end up receiving a call from one of our Helpdesk representatives,” said Lynch.

She said the upgrade also features more advanced call-monitoring and -registering systems so that Helpdesk staff can instantly have technical access to ongoing records of customer complaints and calls regarding their service.

The upgrade is continuing with further software upgrades, but from reports received, both Helpdesk staff and customers are pleased with the improvements thus far, Lynch noted.