Home Local News ‘Tell Laura I love her’ tribute to Piechutzki | THE DAILY... 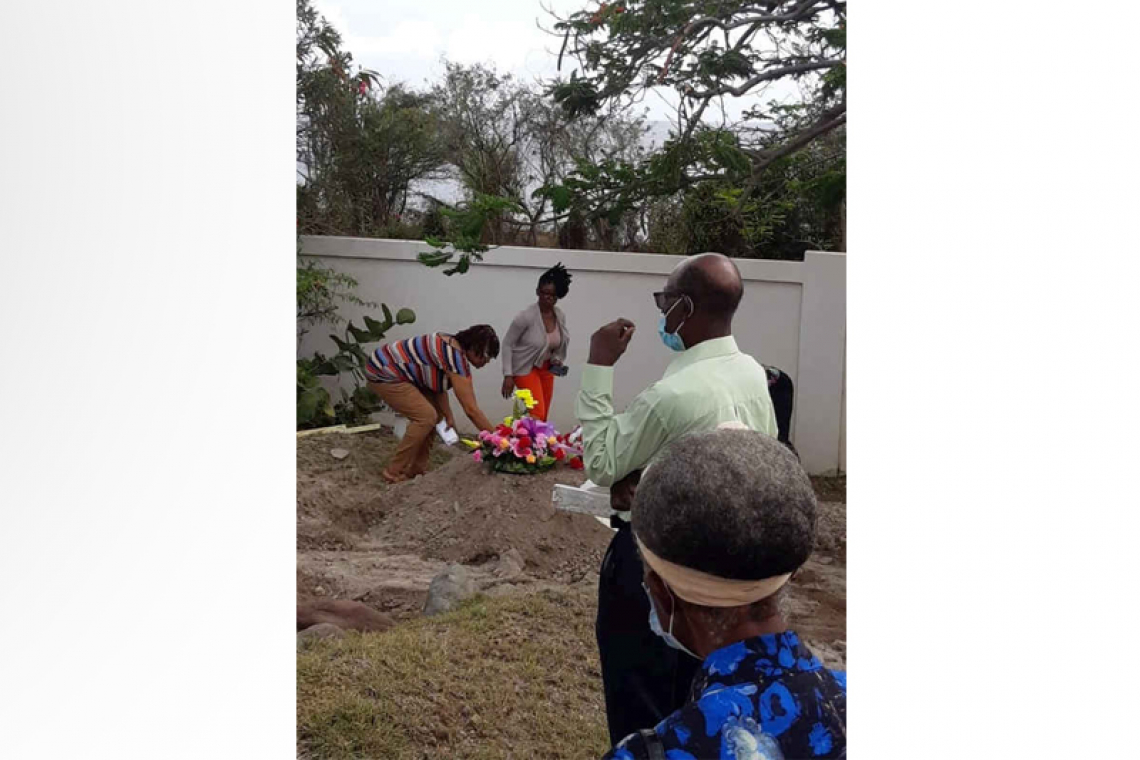 ST. EUSTATIUS–Patricia Brooks used the lyrics of the song “Tell Laura I Love Her”, made famous by Ray Peterson, in tribute to her close friend Laura Margaret Piechutzki, who died at the age of 86 at Queen Beatrix Medical Centre on May 27.

Piechutzki was a pioneer in hotel development in St. Eustatius. Her experience was gained in the 1970s in Long Island, New York, where she managed and then bought the Australian-styled Jolly Swagman inn and restaurant with her husband Win Piechutzki.

At age 50, they decided to develop a hotel and restaurant in Statia. Perched on a barren patch of cliff in the crook of a hairpin bend on the road connecting Upper Town with Lower Town, it was an ideal location with a superb view of Orange Bay.

The two made many friends in Statia. One was Ishmael Berkel, who paid tribute to her life, her love of Kings Well and nature. Also present at the burial gathering of friends and family were her son Bobby Farley with his wife Cathy, and Win’s son Peter and his wife Susanne.

“If it were not for mother, I would not have discovered hiking, scuba diving and admiring the wonderful history of the island. So far, my wife Cathy and I have logged hundreds of dives in its blue waters,” Farley said.

“Mother was a maker of many memories on Statia. Together with Win, she forced me out of my comfort zone to live a fuller and richer life than I otherwise would have.”

Laura Piechutzki was buried in Salem Cemetery, next to her husband Win. Former head of the Culture Department Marcella Marsdin, assisted by Island Council Member and leader of the Progressive Labour Party (PLP) Rechelline Leerdam, laid a wreath on her gravesite.

Piechutzki was a long-time PLP supporter and the party wanted to pay their last respects and honour her.