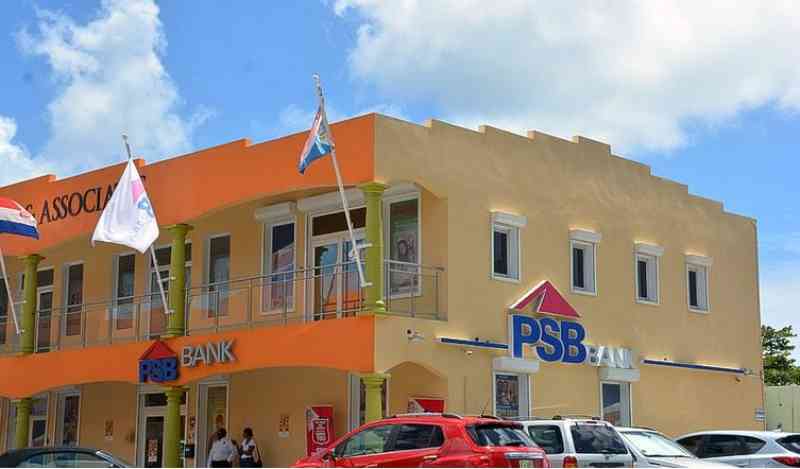 PHILIPSBURG–A 31-year-old former head teller/cashier at Postspaarbank (PSB) has been found guilty by the Court of First Instance on Wednesday of having embezzled NAf. 86,700 from his former employer. This crime was committed between March 13, 2018, and August 7, 2018.

Equal to the Prosecutor’s demand, Geoffroy Jeff Plaisir was sentenced to three months suspended and 200 hours of community service, 100 of which were suspended, on two years’ probation.

During the August 20 hearing, the Prosecutor also announced a dispossession claim for the embezzled amount.

Plaisir worked as a teller at PSB from October 1, 2015, until September 2018. He primarily was involved with the payments and withdrawals of cash and cheques from account holders and the administrative processing of these transactions within the bank’s automated systems.

In December 2018 the bank filed a report against him after an external controller had exposed that his personal bank identification number and workstation were used to withdraw cash from a dormant interim account (“tussenrekening”).

Each of the 18 payments in total were made on days that the suspect was working at the bank. According to PSB, the suspect had embezzled the money in a very “cunning” way.

Lawyer Shaira Bommel, who had pleaded for her client’s acquittal for lack of legal and convincing evidence, had gone to great lengths in her efforts to explain Plaisir’s wealth.

The money reportedly had been earned through the sale and rental of vehicles. In addition, the defendant had twice taken out a loan with the bank and had received money from a family member for taking care of a condominium.

However, the Court said the origin of the money in the defendant’s bank accounts was of only limited relevance. The evidence that the teller was guilty of embezzlement was to be found in the bank’s criminal report and provided documents, the Judge said.

The Court found the defendant guilty of embezzlement in employment by “channelling away” amounts during his work for a total amount of NAf. 86,700.

“In doing so, the accused not only destroyed his integrity, he also seriously violated the confidence that his employer had placed in him and he has caused great financial damage to his employer,” the Judge stated in the verdict.