Home Local News Ten qualify for next round at Rotaract Spelling Bee Sunday | THE... 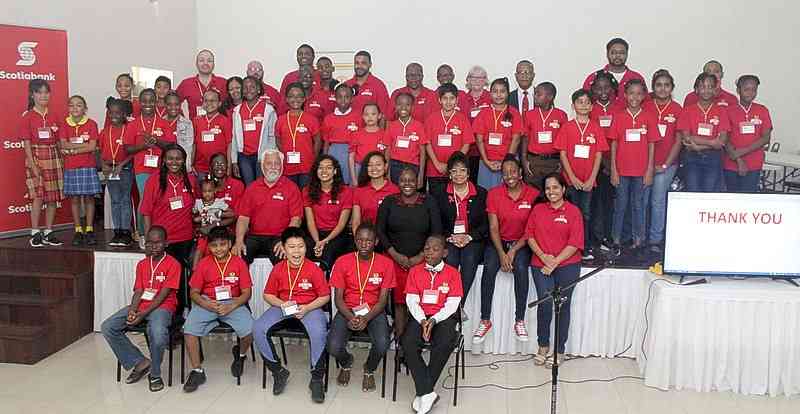 BELAIR–Twenty-nine nervous and eager participants from sixteen schools were ready for the start of the preliminaries of the fifth Scotiabank Rotary-Rotaract Spelling Bee 2018 at the Belair Community Centre on Sunday.

Before the start of the Spelling Bee, the St. Maarten Song was sung by Chantoni da Cunha and Disha Sharma, followed by speeches from Minister of Education, Culture, Youth and Sports Wycliffe Smith who stressed that the children should read to advance in their spelling, and Rotary Assistant District Governor Marcellia Henry who emphasised Rotary’s worldwide focus on basic education and literature.

Scotiabank Service and Support Manager Imelda Joseph welcomed everyone and said Scotiabank was honoured to be present with its commitment to The Rotary Club of St. Maarten-Mid Isle and the Rotaract Club of St. Maarten Sunrise for this spelling bee and hoped that everyone involved would find it a rewarding experience.

Joseph also thanked everyone involved, especially parents, teachers and others who have helped prepared the participants for this event and said how important it was to show support for them.

Rotary Club of St. Maarten President Denise Antrobus gave the audience some feedback of what the participants thought of the four tutorials held this year at University of St. Martin. She also thanked sponsors for their support of the Spelling Bee which would not been possible without them.

Rotaract Club of St. Maarten Sunrise President Lerissa Rey made sure all the participants were ready, and thanked parents, teachers and supporters for coming out.

All the speakers let the participants know that they were all already winners by being there and ready to compete.

An explanation of the rules was given to the participants, who were anxiously waiting the start. For the preliminary round the participants had to write 20 words. The word was read out, given in a sentence and read out again, they had 30 seconds to write the word on the sheet provided.