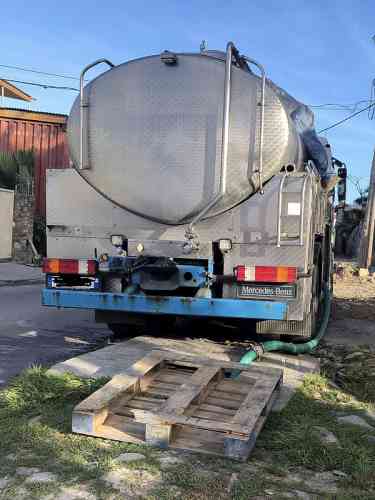 COLE BAY–The freshwater well on Narrow Road in Cole Bay has tested positive for coliform bacteria, an indicator of contamination with sewage, Nature Foundation reported on Monday. Wells around the country are used by water delivery businesses to supply water to homes that rely on cisterns.

“We thought it very important to test the water quality at the wells so that the population knows how clean their sources of freshwater are,” said Nature Foundation Manager Tadzio Bervoets.

Nature Foundation has sent a report on the wells to stakeholders in the public and private sectors.

The foundation calls on government to implement better management of the country’s freshwater wells.

“We have suggested to government that a management plan including water quality testing be implemented so that proper-quality water is being distributed to the community,” said Bervoets.

Considering the important role these sources of freshwater play, they should be managed so that they can provide freshwater in drought time, said Bervoets.

Freshwater sources will become increasingly critical for St. Maarten as a small island developing state tackling the effects of climate change. Dry periods with little rain are expected to become more frequent and last longer, putting significant stress on the island’s freshwater supply. After major hurricane events, the community also depends heavily on wells to provide freshwater when the water supply is down.