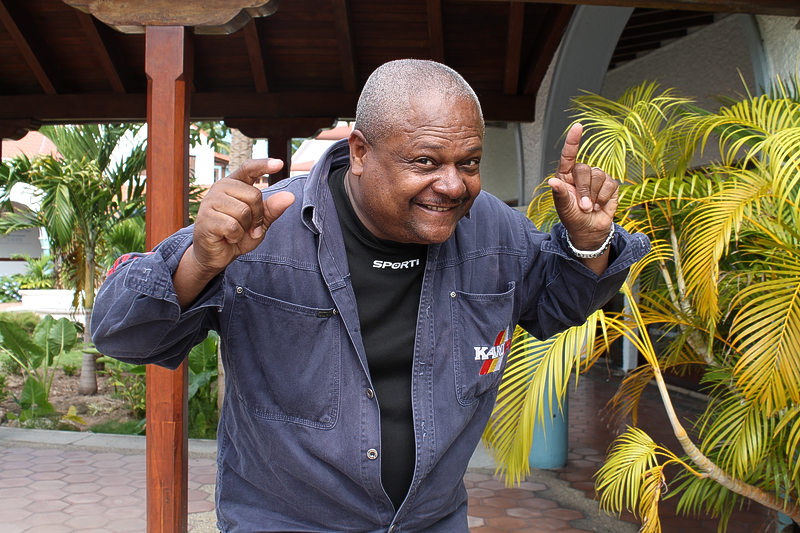 MARIGOT–Andre “Avelin” Webster of French Quarter, better known by his performing name “The Apostle,” has been nominated in four categories for the Rhythm of Gospel Awards to take place in Jacksonville, Florida, on June 30, 2017.

His nominations are for Alternative Christian Gospel CD of the Year, Rhythm and Praise CD of the Year, (both for his debut CD “Kingdom Day”), Urban Contemporary Male Vocalist and International Artist of the Year.

Webster is hoping the public will vote for him massively in the on-line voting opportunity which is open now and closes on March 1, 2017.

“I’m appealing not only to my supporters in St. Martin but also to all my friends in the regional and internationally, in order to bring this crown to St. Martin,” said Webster. “I’m very pleased to be nominated.

“I do have a lot of material but I had to make a decision of what to put on the CD. There’s a lot that God has blessed me with that has not gone out and I’m praying for the next opportunity, the next open door, to release more. We are all gifted in different ways. I’m not only a Pastor of Love and Grace Fellowship, but I have the acting and stagecraft background, and I’m an instrumentalist.”

Judges will be evaluating the support shown for Webster in the on-line voting and his popularity will be critical to adding a good score to his live performance at the awards.

He was nominated by a panel of judges based on his performance in Memphis, Tennessee, last year where he was invited to take part in an audition for the 2017 awards.

Webster was born into a musical family. His father played guitar and banjo and his grandfather sang and played instruments.

“The whole family sang and we played instruments at home,” he recalls. “My mother used to win all the prizes for singing and my sisters also sang. It’s something in the bloodline that has been passed down from generation to generation. I started singing from as far back as I can remember, playing instruments, creating my own songs and I was also into calypso.”

He said he had received the calling to be an apostle of God around the same time as he was recording the CD.

Step two: You must vote in all 66 categories for your vote to count. Please cast your vote following instructions mentioned in Part One and Part Two.

Part Two: Cast your vote randomly in all the other categories. Remember you must vote in all categories for your vote to count.

Step Three: This is your final step. Scroll to the bottom of the page once you have voted in all categories and click on “VOTE” to submit your vote.