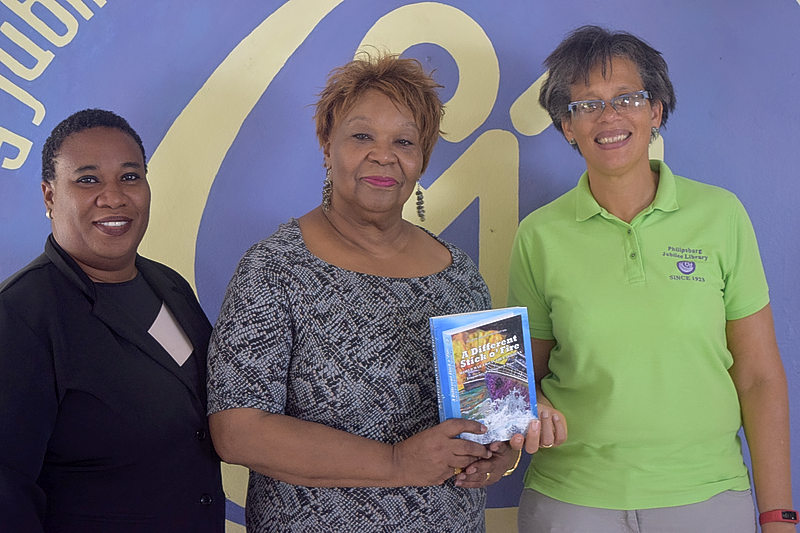 PHILIPSBURG–Mulberry Egstorf-Pantophlet will be presenting her book A Different Stick o’ Fire: World War Two in the Caribbean, Fragments of a forgotten Legacy to the general public of St. Maarten at Philipsburg Jubilee Library on Friday, May 12, from 6:00pm to 8:00pm.

Egstorf’s motivation for writing the book is that oral reports, narratives, and memories of the role played by the Caribbean in the global fight for “freedom from tyranny” during World War II are gradually fading as more and more informants are passing away.

“This compels those of us who have had any form of oral history pertaining to the War handed down to us by senior West-Indians, to capitalise and expound on it for the sake of future generations,” according to the author.

During her childhood years on St. Maarten in the 1950s Egstorf and her brother would occasionally hear elders speak about “when Hitler had sent submarines all de way down here.” They would also relate how “they had try to bomb Aruba” and end with “Germans were out to rule de world, and down here too.”

The book indicates that the Caribbean region has its own authentic and compelling war-related narratives to tell. They too are positioned against the background of the looming threat of Nazi domination, which was the concern of every democracy at the time. Overseas territories and colonial rulers alike were both up against a common enemy who could only be defeated with combined efforts. In that respect the legacy of World War II is a shared legacy. This is the reason why the narratives in verse are supplemented with quotes in the Dutch language. Together they form an introductory “mosaic” for a Caribbean approach to World War II.

A Different Stick o’ Fire is written for an audience between the ages of 12 and 80 and is a read-out-loud book. The publication was realised with support of the Prince Bernhard Culture Fund Caribbean Territory PBCCG.