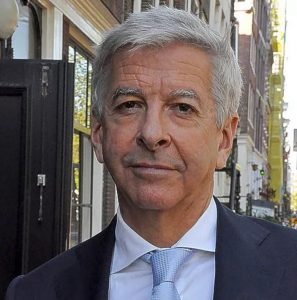 THE HAGUE–The Governments of St. Maarten and the Netherlands have agreed to prolong a NAf. 26 million loan for St. Maarten by seven years, despite the fact that St. Maarten does not fully comply with the Financial Supervision Kingdom Law.

Dutch Minister of Home Affairs and Kingdom Relations Ronald Plasterk informed the Dutch Parliament of the extension of the term of the loan, which expired on October 12, 2016, in a letter to Parliament published on Monday.

Plasterk explained that St. Maarten had not reserved funds in its budget to repay this loan because the country planned to refinance this loan by securing a new loan through the Netherlands. This method of refinancing of expiring loans is very common for countries.

The CFT determined that the budget balance had deteriorated by NAf. 11 million in the first half of 2016 and that revenues were lagging behind. Also, St. Maarten gave insufficient content to the September 2015 instruction of the Kingdom Government to solve the payment arrears, to compensate the deficits of 2010-2014 and to include the full cost of pensions and healthcare in its budgets.

As such, St. Maarten no longer complied with the requirements to secure new loans. Because St. Maarten’s liquidity position did not allow an immediate repayment of the loan and to prevent St. Maarten’s not complying with the repayment and ending up in a default situation it was agreed in consultation with the Minister of Finance and the CFT to prolong the current loan by seven years.

The conditions of the loan have been tightened: St. Maarten has to repay NAf. 5.2 million for five years starting in the budget year 2019 and pay interest of 0.5 per cent, including a penalty interest of 0.22 per cent.

Repayment will take place in 2019 due to the financial instruction that is in place, stated Plasterk. This instruction orders St. Maarten to compensate the 2010-2014 deficits in the budget years 2016-2018. Starting the repayment in 2019 allows St. Maarten sufficient time to reserve the funds in future budgets.

The Netherlands and St. Maarten signed the agreement recently, stated Plasterk who concluded that the prolongation of the loan does not change the size of St. Maarten’s national debt.