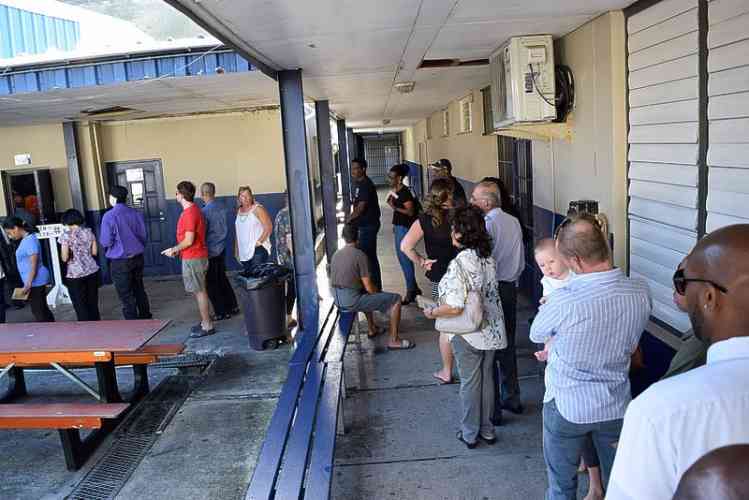 THE HAGUE–The quick installation of a new, stable government that is willing to cooperate with the Netherlands to carry out the recovery programme on St. Maarten. That is the general feeling in a reaction to Monday’s elections.

State Secretary of Home Affairs and Kingdom Relations Raymond Knops said in a statement: “The election result offers perspective for cooperation. Hopefully there will be a quick formation that leads to a government which with the support of the Parliament can work together with the Netherlands to reconstruct St. Maarten.”

Members of the Second Chamber of the Dutch Parliament expressed similar wishes, although they did put it a more direct. “St. Maarten’s next government needs to be willing to cooperate with the Netherlands and it needs to adhere to the agreement regarding the Recovery Fund,” said Member of Parliament (MP) André Bosman of the liberal democratic VVD party on Tuesday.

“It is important that a stable government is formed as soon as possible,” said MP Joba van den Berg of the Christian Democratic Party CDA. She was happy to hear that the elections took place in a positive atmosphere without notable incidents.

“We have to rebuild St. Maarten and for that we need a stable government that is willing to work together with the Netherlands. This is in the best interest of the St. Maarten people. We are not abandoning the people,” said MP Ronald van Raak of the Socialist Party (SP).

Van Raak and Bosman were struck by the fact that the election results didn’t vary much from the previous one with the combined list of United Democrats securing seven seats and the National Alliance again five seats. “I found it peculiar that the outcome of these elections wasn’t much different from the last election. Apparently this is what the people want,” Bosman told The Daily Herald.

“The election results are very similar to the last election with the same politicians and the same problems. People mostly made the same choice. Not much has changed. A number of controversial politicians, some suspected of having committed criminal acts, were re-elected,” said Van Raak.

Van den Berg didn’t want to respond about the re-election of persons who are the subject of a criminal investigation, because, as she said, everyone is innocent until proven otherwise. “In general, I hope for a stable government that has high regard for integrity,” she said.

Van Raak said that the investigations into the intertwining of the underworld and upper world would continue. “We have to wait what those investigations will uncover. But I fear for the political stability because some re-elected politicians are under investigation. A coalition needs to be formed and in this coalition again there will be persons who have to appear in Court. That is asking for trouble,” he said.

Bosman made it clear that The Hague will only work with a St. Maarten Government that operates with integrity. “We are not going to invest with a government that doesn’t stick to the principles of good governance and that wants to back-paddle on the agreement on the conditions of the Recovery Fund. We are not going to renegotiate. It is either adhering to the agreement or we stop the aid,” he said.

Van Raak said that carrying out the recovery programme with an unstable, unwilling government was simply not possible, but he remained optimistic that the reconstruction would take place. “Everyone will be making an effort: the Netherlands, the World Bank and the St. Maarten people. And that has to happen with the new government, one way or the other.”