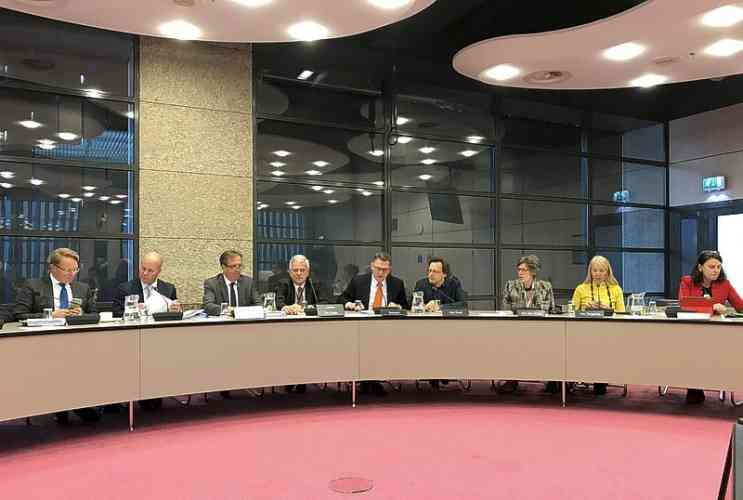 THE HAGUE—The Second Chamber of the Dutch Parliament is expected to approve emergency legislation on Tuesday that dissolves the St. Eustatius Island Council and sends the Executive Council and Acting Island Governor home, to be replaced by a Dutch Government Commissioner.

The First Chamber will immediately follow up with a debate the same day on the legislation, proposed by State Secretary for Home Affairs and Kingdom Relations Raymond Knops due to “gross negligence” by the current Statia Government.
The intervention by The Hague is in reaction to the report of the Committee of Wise Men. This committee, consisting of former Aruba Governor Fredis Refunjol and Member of the Council of State Jan Franssen, concluded that the Statia Government has been operating outside the law, tossing aside regulations and neglecting financial management.
There is a culture of intimidation, discrimination, threats and insults, as well as the pursuit of power for personal gain. This gross negligence of governing and bad governing attitude hurts the people and private sector on the island with far-reaching consequences for the daily life on the island. According to the Committee, citizens and entrepreneurs experience legal inequality, the public administration is not in order and the island is physically neglected.
“Since other measures have not brought substantial improvements to the local government, only one option remains: administrative intervention. It is the harshest measure that we can take, but with everything else failing, it is the only option that is left. The people on St. Eustatius deserve better,” said the State Secretary in a press release. Knops will travel to the island later this week to explain the decision to the people in a community hall meeting.
The Committee of Wise Men was not only highly critical of the Statia Government, but also criticised the Dutch Government for its role in having allowed the current situation in St. Eustatius to develop.
The Committee concluded that as a result of the administrative situation on the island and its consequences for its relations with the Netherlands, arrears were incurred in infrastructural projects to improve roads, water supply, housing, underground pipelines, waste processing and the harbour and airport. The Committee urged The Hague to deal with these delays at once. Knops has subsequently pledged to accelerate these investments wherever possible.
In its advice to the proposed legislation, the Council of State (“Raad van State”) shared the grave concerns of the Dutch Government and concurred with the Committee that this was a matter of “gross negligence.” The Council of State has endorsed the proposed measures.
However, considering the big impact of this legislation, the Council urged to limit the timeframe of the direct intervention in tasks and authority, and to end the measures as soon as this is possible. On the advice of the Council, the bill and the explanatory notes have in parts been slightly modified and clarified.
The Dutch Government Commissioner will execute the tasks and authority of the Statia Government until the local government is able to properly do so on its own. Until then, the Island Council elections, originally slated for next year, are off. The elections will now be tentatively set for 2021 after which a new government can be installed. This means that St. Eustatius will be under direct Dutch rule for the next two to three years.
The emergency legislation is being treated with great urgency: hours after Knops formally submitted the law proposal, the Second Chamber on Monday gathered for an informal, closed door session with the Committee of Wise Men and the State Secretary, immediately followed by a legislation meeting (“wetgevingsoverleg”). More on this debate in the next edition of The Daily Herald.