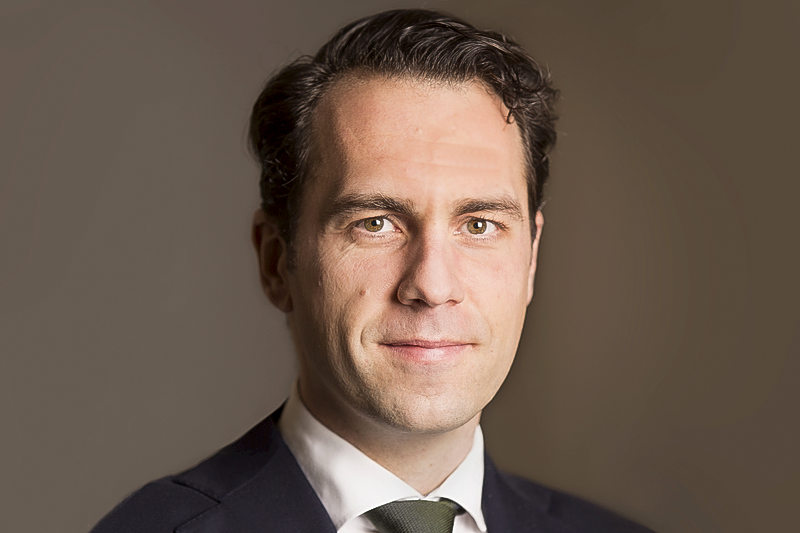 THE HAGUE/STATIA–Dutch State Secretary of Economic Affairs Martijn van Dam has threatened to suspend or annul the 2015 amendment to the St. Eustatius Marine Environment Ordinance which reduces the National Marine Park by some 20 per cent. The Statia Government denounced the warning and said it has acted according to the existing laws and regulations.

Van Dam stated in a letter to the St. Eustatius Executive Council dated Wednesday, February 1, 2017, that in his opinion the legislation amendment was invalid because it had not been announced as prescribed by law, and that as such the boundaries of the Marine Park remained intact.

The State Secretary also referred to the international regulations of the Specially Protected Areas and Wildlife (SPAW) Protocol and the fact that the St. Eustatius Marine Park is on the SPAW list of recognised protected areas.

The SPAW Protocol forbids activities that undermine the protected area and changes to the boundaries or legal status of the protected area were only allowed in case of “significant reasons.” Van Dam warned that he would make use of his authority to either suspend or annul the island ordinance in question if this amended regulation was in violation of the SPAW Protocol.

He stated that the former State Secretary of Economic Affairs Sharon Dijksma had already informed the St. Eustatius Government on this matter in August 2015, and that this was again communicated in talks between representatives of his Ministry and members of the Executive Council in March 2016.

Van Dam invited the Statia Government to enter into consultations with his Ministry “in the interest of further economic development and the importance of nature protection.” He advised the local government to carefully assess whether there were indeed urgent reasons for changing the boundaries of the Marine Park and that sufficient attention is paid to the nature protection.

The State Secretary informed the Executive Council that any new proposal to change the Marine Park will have to be aligned with him. He reminded the government that the followed arguments and conclusions of involved parties and experts will have to be presented before the decision of the Island Council and prior to the announcement in line with the law.

In a letter that the Executive Council sent to Van Dam on Thursday, February 2, Finance Commissioner Charles Woodley stated that he “deplored” the fact that the State Secretary decided to “seek the confrontation almost two years” after the change to the ordinance went into effect.

Woodley contradicted all the arguments presented by Van Dam. Regarding the boundaries of the Marine Park, the Commissioner explained that the exemption of the harbour area did not have an influence on the marine environment protection. “It concerns a harbour area where intensive harbour activities take place since the 80s in the previous century of which the effects cannot be reversed.”

According to Woodley, the changed ordinance aimed to increase the protection of the Marine Park outside the harbour area against the harbour activities that could potentially damage the marine environment. He also stated that the law change was done in “good consultation” with involved parties such as the St. Eustatius National Parks Foundation STENAPA.

The Commissioner added that the law change enabled the further development and economic activities of the harbour, something which he said was important for Statia’s future. “There is a significant reason, namely the strengthening of the harbour function in combination with the environmental protection of the area outside the harbour against harmful consequences of ship movements,” explained Woodley, who mentioned the instituting of zones.

The Commissioner denounced the State Secretary’s order to consult him prior to making any changes to the Marine Environment ordinance. He reiterated that the Island Government had its own competencies which were laid down in the public entities law WolBES, and that approval by the Netherlands was only required if this law specifically prescribed this.

Moreover, the Environmental Management and Protection Law for the Caribbean Netherlands gave the Island Government the authority to indicate and establish a Marine Park, Woodley pointed out. “You cannot simply claim that the Island Council took a wrong decision,” he told Van Dam.

Regarding the SPAW Protocol, the Commissioner stated that this was a responsibility of the Dutch Government and that the law states that it is the Minister who should inform the SPAW organisation after the law has been amended by the Island Council.

“Don’t blame our government if you are of the opinion that this reporting procedure is wrong due to the procedural requirements of the SPAW Protocol. It doesn’t seem very fitting that you are threatening to suspend the 2015 changing of the ordinance,” stated Woodley.

The Commissioner stated that the Statia Government was willing to enter into talks with the Ministry of Economic Affairs on this issue, but that this should not obstruct the execution of the Harbour Fees Ordinance and the pending final agreement with NuStar.

“Considering the positive development in the relation between the Island Government and NuStar, we find the timing of your letter very peculiar. We hope that it is not aimed to hamper our sustainable economic development based on purely formalist grounds as a result of the pending agreement with NuStar which will lead to a higher financial tenability and independence of St. Eustatius,” Woodley stated.