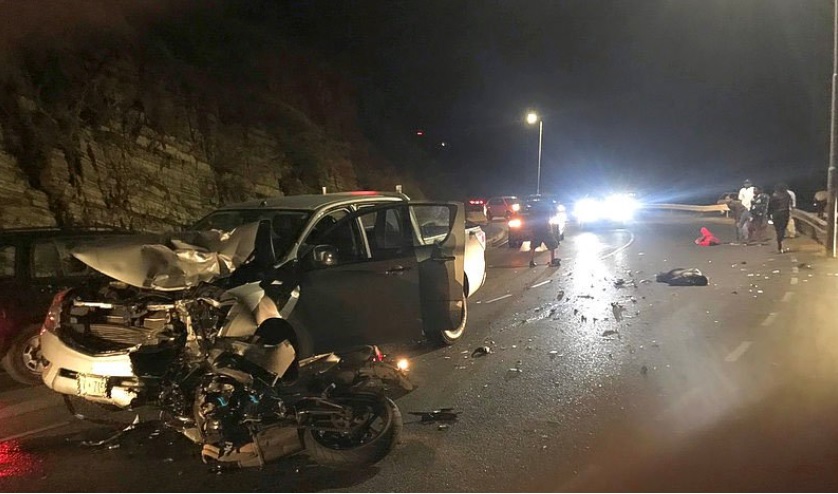 Another life was lost in a fatal traffic accident on Cole Bay Hill, after a truck and motorcycle driving in opposite directions collided near Harold Jack viewing point Monday night at 11:30pm. A flash of light on the truck’s driver’s side turned out to be the motorcycle, to the horror of a witness and the truck’s passengers.

The truck, heading in the direction of Simpson Bay, had been making the bend, and was in its own lane by all accounts when the crash happened. Police and ambulance arrived within minutes. Paramedics tried to revive one man, who appears to have died immediately. He was identified as Gary “Garbage” Williams.

Another man who had been on the same motorcycle was taken to the hospital. Although in bad condition, the second man was conscious, shaking his head as he was being loaded into the ambulance.

Visibly shaken, the truck driver and passengers stayed to give their statements to the authorities. The motorcycle seemed to have come out of nowhere, they were heard saying.

The area was cordoned off soon after the accident, for about two hours.

Reportedly, the two men on the motorcycle were involved in a brawl in Simpson Bay shortly before the accident, in the vicinity of Avantika and Topper’s restaurant. Police had been called the the scene but they reportedly made away just before police arrived.