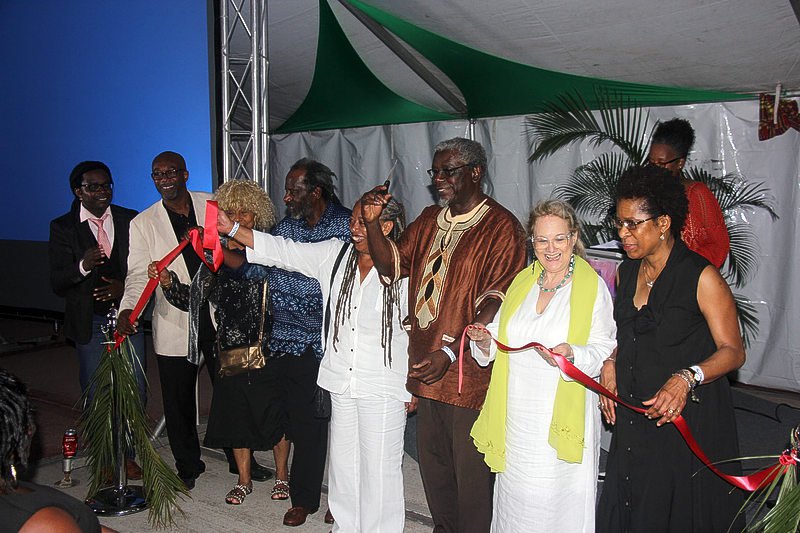 POINTE BLANCHE–The fourteenth annual St. Martin Book Fair opened at Dr. A.C. Wathey Cruise and Cargo Facilities in Pointe Blanche on Thursday evening. The high-tech harbour was a befitting environment for the 2016 edition of the Fair, which is themed “The Science of It.”

Book Fair coordinator and Conscious Lyrics Foundation (CLF) President Shujah Reiph opened the row of speakers. He said this year’s theme was one of the most provocative ever chosen by the St. Martin Book Fair Committee. 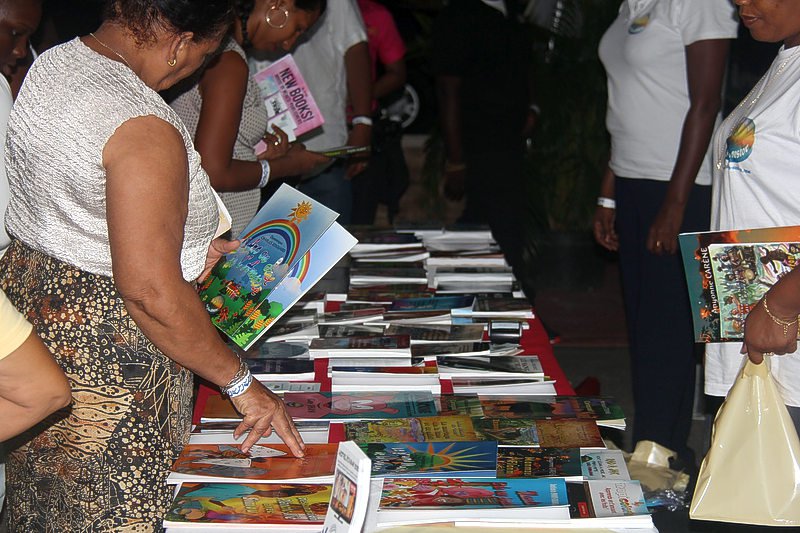 The keynote address by Assistant Programme Scientist for the International Space Station and aerospace scientist at The US National Aeronautics and Space Administration (NASA) and the US Department of Defense Camille Wardrop Alleyne put the full focus on science.

With a 20-year career in advanced aerospace and space technology, Alleyne, who was born in Trinidad and Tobago, called for a Caribbean Space Initiative to change the “Fun in the Sun” image of the Caribbean into one of technological advancement. In this regard, she gave several examples of space technology that also has been applied on Earth, such as water-recycling technology.

Alleyne stated that space technology was no longer an area for superpower countries alone. No fewer than 55 countries worldwide have launched satellites for all kinds of purposes, such as health planning and disaster management and preparation.

After the ribbon was cut by Book Fair organisers and several authors, members of the audience browsed around a number of tables on which a wide variety of writers displayed their books. Among those present were Chef Dino Jagtiani, painter Roland Richardson and Gerard van Veen, who signed copies of his recently published Soualiga Catholica – The St. Martin of Tours Parish (1841-2016).

The Book Fair continues today, Friday, with authors visiting primary and secondary schools and the house of detention to discuss their work, and the value of creative reading and literature.

A poetry and prose recital by 16 authors will be presented tonight during a cruise on Simpson Bay Lagoon.

As customary, the main Book Fair event will take place at USM on Saturday, between 8:00am and 3:30pm. The event consists of exhibitions, book sales and signings, workshops and panel discussion, which are all open and free to the public.

The Fair will be closed off with the main book launch and closing ceremony at the Chamber of Commerce building in Marigot, 8:00-10:00pm. The programme will consist of the launching of Lasana M. Sekou’s Book of the Dead, a presentation by comparative literature professor and author Michela Calderaro from Italy, and the presentation of the President’s Award.

The 2016 Book Fair is organised by CLF and HNP in collaboration with St. Maarten Tourist Bureau, USM, L.C. Fleming Foundation, GEBE, SOS Radio and the Collectivité of St. Martin.