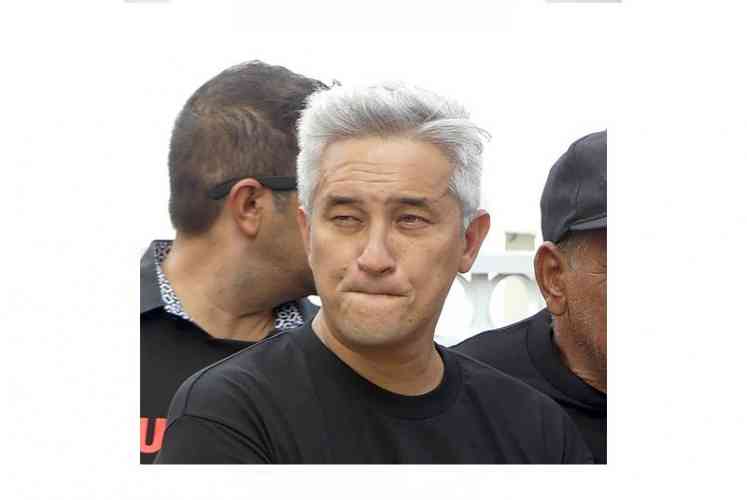 PHILIPSBURG– Suspended Member of Parliament Theodore Heyliger is currently in the United States (US) and plans to meet with doctors later this month concerning treatment for a tumour discovered in his kidney in February while he was incarcerated. After examination, it was discovered that the tumour was cancerous. Doctors recommended surgery immediately.

Heyliger recently had trouble with his passport, as an unknown source had reported it stolen. According to the US Consulate in Curaçao, his passport is listed in the International Police Organisation Interpol database as “stolen.”

He was advised to request a new passport as soon as possible. Heyliger returned to St. Maarten and requested a new passport which he received two weeks ago, allowing him to travel to the US to undergo surgery.

He was transported to St. Maarten Medical Center from the Pointe Blanche prison on May 9. He had been arrested at his home on February 19 on charges of corruption and money-laundering. He was first held at the Philipsburg police station holding cells until he was transferred to the modern and more humane facilities in Bonaire. A court fight ensued about his return home, and that resulted in his detention in the medical ward of Pointe Blanche prison.

Heyliger went to Boston to undergo a number of surgeries dealing with his health. Heyliger will meet with his doctors on July 23. He also suffers from recurring gout.

Heyliger, who was the highest vote-getter in St. Maarten’s last parliamentary election and the only MP to earn his seat outright to date, has two criminal cases against him in court.

Meanwhile, an investigation is ongoing in connection with the person or persons responsible for reporting Heyliger’s passport stolen. Minister of Justice Cornelius de Weever informed members of parliament during the country budget debate meetings earlier this month that the Prosecutor’s Office had indicated that Heyliger’s passport was reported as “lost or stolen” more than five years ago, on January 22, 2014. De Weever was at the time responding to questions from MPs on the issue.

At least two MPs questioned the date that the passport was reported stolen or missing, as they were both sure that Heyliger would have travelled between then and recently when the passport issue surfaced.

De Weever said he is also sure that Heyliger had travelled extensively since 2014, and said the MPs’ speculations were understandable, but he indicated that he and Prime Minister Leona Romeo-Marlin had looked into the issue and that the passport was not reported stolen at the Department of Civil Registry, the police nor Interpol and this is the information that he has to go by.

He said also that this did not involve any regular passport. “It involved a diplomatic passport. That is why an independent investigation has been requested in this matter.”

De Weever had said in a recent press release that a preliminary inquiry had taken place into how the passport could have been reported “stolen” with the United States Consulate in Curaçao while this passport was in the hands of its bearer at the time. He said in the same release that no report had been received by the St. Maarten Police Force or the Census Office regarding Heyliger’s passport being stolen or missing.

It was also not reported missing or stolen with the Interpol Bureau in St. Maarten, Curaçao, the Netherlands, Washington or the head offices in Lyon, France.

To ensure that no undue influence by any local judicial entity had taken place, the Minister of Justice contacted the Attorney General to engage the National Detectives to conduct an independent investigation, the recent release had stated.