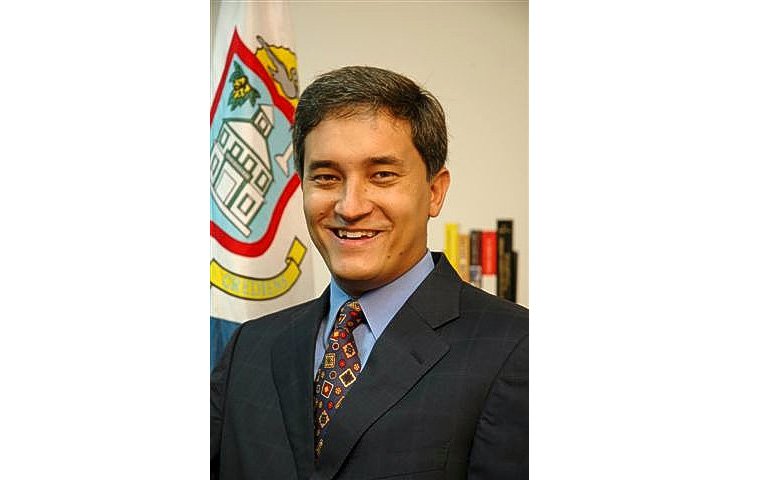 PHILIPSBURG–“The seemingly extensive mechanical and other problems faced by the power plant are taking a toll on the economy and putting additional stress on residents,” said United People’s (UP) party leader Member of Parliament (MP) Theo Heyliger on Sunday in a press statement.

“Residents and businesses have had to deal with frequent power outages for going on two weeks and there has been no clear indication from government about what is going on. GEBE, after all, is a government-owned company,” said Heyliger.
“Government is busy battling out with the company board and no attention is being paid to the operations. So in all of this, who suffers? The people of St. Maarten. They have to sit in the dark and wait for the lights to come back on,” Heyliger said.
The UP leader said he warned since last year about the failure to prepare with the acquisition of a new generator for the power plant. “Yes, a new generator will take time to get to the country. I have pointed out how stretched the existing generators are at the power plant. No attention was paid and now the lights continue to go off,” he said.
At least five of the generators at the power plant are not functioning to some degree. “I understand the generator damaged by fire almost two months ago is still not yet back online and another is down for overhaul. This is only two of the five problematic generators,” Heyliger said.
“Perhaps, Government, instead of taking millions out in dividends from GEBE should have made the company reinvest for its own betterment and by extension that of the community. Reinvestment by GEBE benefits all residents and will help to keep the light on,” he said.
From an economic point of view, Heyliger said businesses are forced to cater to residents and businesses on generator power or offer diminished services. “We are in flagging economic times. Our country is in the grips of stagnated economy and this not helping one bit,” he said.
Heyliger said he has learned that GEBE intends or has already asked some larger hotels to switch off from the power grid and use their generator capacity to help with minimizing load-shedding in the districts.
“Just imagine, we have a problem that is not only affecting residents in the carrying out of everyday tasks; it is also affecting this government-owned company from generating regular income. Large clients like hotels going off the grid means less income for the company. This is nothing but a lose-lose-lose situation all around,” Heyliger said.