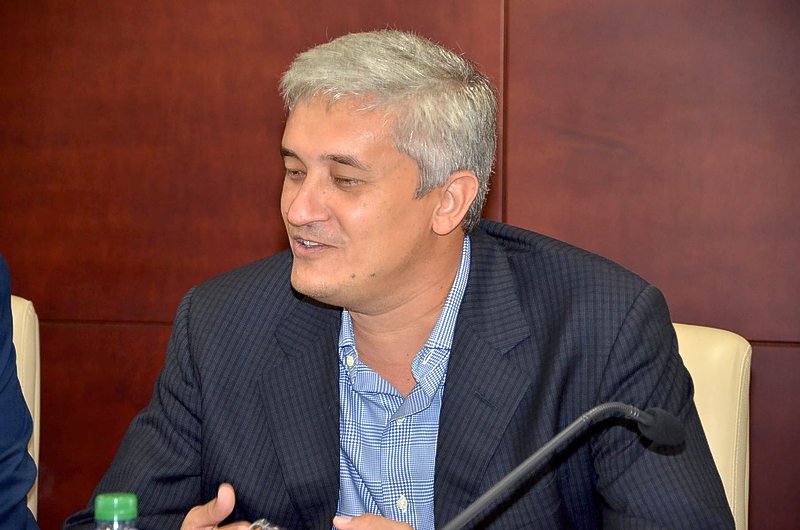 PHILIPSBURG–United People’s (UP) party leader Member of Parliament (MP) Theo Heyliger said in a press release Friday evening that Governor Eugene Holiday has put politics above the people with his election decision.

“All I can say is the Governor and, of course, the Prime Minister have put politics ahead of the suffering of the people. A new majority was formed in Parliament to break the impasse with the Dutch Government and to put the immediate needs of the people top of the list,” Heyliger said in his release.
“I have respect for our Governor, but it is hard for me to imagine he would look out from his office, his home and out of his car window to the sea of blue tarpaulins, news of layoffs, harbour devoid of ships, Philipsburg a semi-ghost-town and think this is the time for an election. What about the Prime Minister? Does he too not see what has happened to this country?”
What about the electoral apparatus, he questioned. “So many people have been displaced by Hurricane Irma. The Post Office is not at optimal capacity. The polling stations are not up to par. The Civil Registry Department is taxed as it is. The Electoral Council is homeless. Where is the logic of our Governor with his endorsement of the Prime Minister’s demand?”
Heyliger said the calling of an election within a day of a request from the Marlin II cabinet shows the Governor’s “disconnect from the community he has been appointed as the civil father for.”
“Did our Governor hold consultations with any of the high Councils of State before he affixed his signature to the decree? This was done when the last snap election was called.”
According to the MP, “The rapidness with which the Governor agreed to elections compared to the weeks he took when the Marcel Gumbs Cabinet requested same with legitimate reasons is cause for pause.”
This questioning of the Governor’s thinking and that of the Prime Minister has absolutely nothing to do with being worried about going into an election, said Heyliger. “It has to do with what the whole point of governance is. The goal is to take care of the people, not put them through an election when they are roofless, homeless, jobless and generally losing hope.”
He said the Dutch Government has made it clear that the assistance St. Maarten needs will not come if there is no stability in the country.
“The people of this country are basically now forced to continue to live in limbo all because some politicians, chief among them the Prime Minister, cannot walk away with grace and put people before ego. What’s worse is, the Governor, with his decision, appears to endorse the people living in hopeless, bordering on cruel circumstances due to politics,” he said.