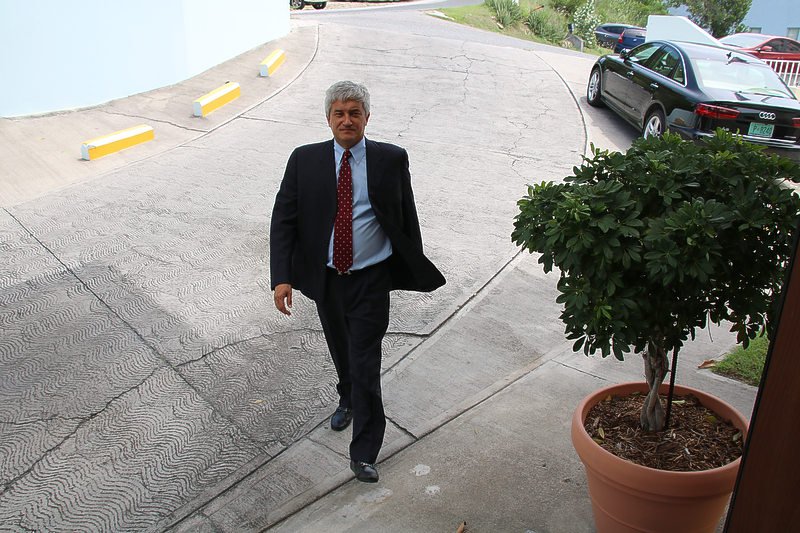 PHILIPSBURG–St. Maarten, after six years of unstable Governments, is on the cusp of getting a strong and, hopefully, very stable Government that will last the full four-year term of the new Parliament, says United People’s (UP) party leader Member of Parliament Theo Heyliger.

The coalition forged with the National Alliance (NA) is in the best interest of the country and takes into consideration the desire of voters. “The people of St. Maarten showed at the polls their desire to see the UP and NA in office. The two leaders of the parties along with the deputy leaders saw the avenue to work together to forge a better St. Maarten for all her people,” said Heyliger in an interview with The Daily Herald.

The two parties have been head-on rivals throughout the six weeks of the campaign that led up to the September 26 Parliamentary Elections. “That was the campaign. The voters have mandated us to focus on our country. Whatsoever the fundamental differences between our parties are, one thing is for certain we all have St. Maarten at heart,” said the UP leader.

“Many see this as an unlikely pairing, but I, along with the UP, see the potential to build a better country with a yet again vibrant economy through stability in Government and by taking care of all the people of the country,” Heyliger said.

From 10-10-10 to the recent campaign the buzz word has been “stability” and politicians have been urged to deliver this, he said. “This green and white coalition brings just that. Green for growth and white for vibrance. I thank the National Alliance for its commitment to St. Maarten and for seeing that our country needs all of us to grow and prosper.”

This is not the first time the UP leader has shared governance with a view to securing St. Maarten’s future. In January 2015, he expanded the then UP-led Government with the inclusion of the United St. Maarten Party in the existing coalition to bring about a Government supported by 10 seats in Parliament. The plug was pulled on that Government on September 30 when that party along with two now independent MPs withdrew their support.

“UP has no issue with working together with other parties in Government. We are and have always been a party of the people of St. Maarten. It should be remembered that I and UP worked hard to build a broad-based Government, but the interest of others won out to the detriment of our country setting us back in development and growth. We are past that now and are into a new era where political rivals have called a truce in the interest of our home, our St. Maarten,” said Heyliger.

This is not the first time Heyliger has worked with NA. He was in coalition with NA in 2009-2010, a relationship that started before the formation of the UP. That coalition came into being with the Emilio Wilson Park Accord and this latest one is labelled the Rice Hill Gardens Accord.

Heyliger expressed thanks to all voters who showed their support for him and UP via their vote on Monday. “Your support is the engine that drives your party and we intend to continue to work to build our country, our economy and improve our social environment.”

The UP candidates and party board are commended by Heyliger for their hard work and dedication throughout the campaign. “Everyone pushed hard and gave their all for the party. Now we have to put the same zeal to taking care of and developing our country,” said the UP leader.

Heyliger was the highest vote-getter in the elections and his green party captured the most votes. The party, however, gained five seats, two less than two years ago, and the same number as the NA, its new coalition partner.