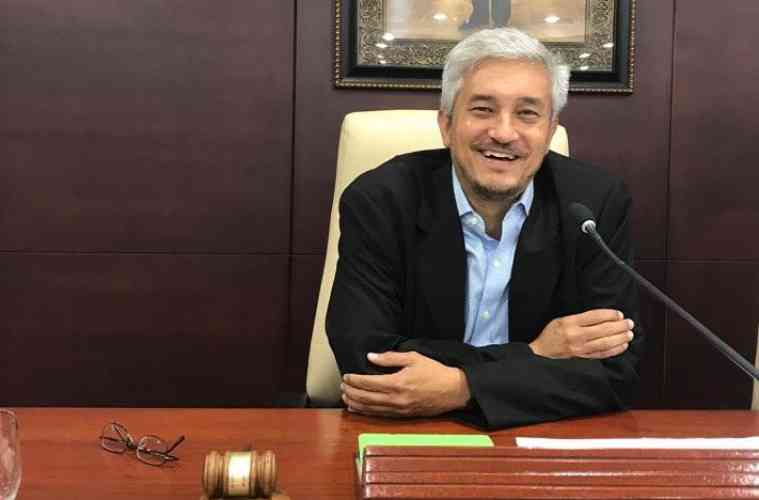 PHILIPSBURG–While the Dutch Government continues its elaborate public relations campaign about its very fractured assistance to St. Maarten, institutions to which the country has been forced to bend are crippling the local economy, said United Democrats leader Member of Parliament (MP) Theo Heyliger on Sunday.

Heyliger said the alarm about Princess Juliana International Airport’s precarious financial state, its slow rebuilding due to insurance troubles and its dire straits with bond holders “has been sounded for so long that the alarm is now like white noise to some in the community.”

He said the airport has been using its financial reserves to make payroll at the end of the month and has dipped into the same dwindling nest egg for urgent repairs. “The airport has done all this without laying off anyone,” he said.

It is time government issues the much-needed guarantees to keep the airport alive, Heyliger said. “I cannot say it clearer than this: if the airport dies, we, the people of the country, will starve and die along with it. Yes, the port is open, but it would be very short-sighted to believe one can survive without the other.”

With government’s guarantee, the airport can use the insurance monies until it finalises its financial negotiations, explained Heyliger. “If we wait any longer, further non-action will jeopardise the entire country.”

Parliament and government should be prepared to get criticism from the Committee for Financial Supervision CFT and, perhaps, even another instruction from The Hague for taking a stance for the airport, he said. “But, it’s also time to safeguard our people and the country.”

Getting the airport off of life support and breathing on its own again is only one element of saving the hurricane-battered economy, said Heyliger. “If we do not get our hotels back up and running, the next government company to be in trouble will be GEBE.”

Like the airport, the water and electricity company is heavily reliant on reopening of hotels. “Once the hotels are open, more visitors can be expected, which means more revenue for the airport and GEBE. Backing the airport, getting hotels rebuilt and reopened and saving GEBE from red ink should be considered our national priority, a St. Maarten priority, not a party goal,” said Heyliger.

The crumpling of the airport and other sectors of the economy is happening, he said, while “the concerns of taxpayers in the Netherlands about their government assistance to St. Maarten have been put to rest by an elaborate public relations campaign.

“That campaign is built on the perception that this hurricane-ravaged part of the kingdom has received a large sum of aid when this is the farthest thing from reality. This Dutch falseness has left some, again, questioning the ability of St. Maarten’s leaders and people to make their own decisions,” he said.

“St. Maarten has always paddled its own boat with little or no handout from outside its shore. This is why it is time St. Maarten takes care of itself once again. It is time that we put aside all the obstacles and start moving forward. The airport needs a firm guarantee stating government stands behind it and this is a step we must take to save ourselves.”