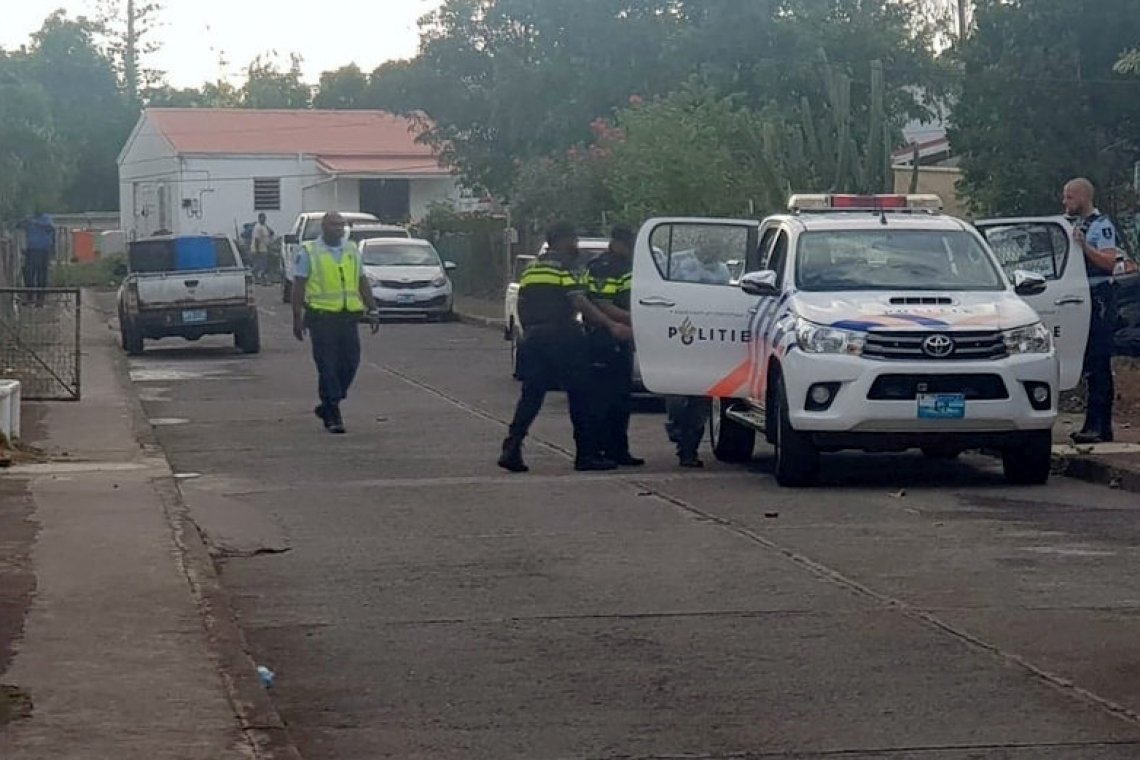 A 24-year-old suspect is being taken from his home and placed in a police vehicle by members of the Caribbean Netherlands Police Force KPCN and the Royal Netherlands Marechaussee in Golden Rock Village, St. Eustatius, in the early morning of Tuesday, June 2.

Persons in Golden Rock Village observed the police presence in the area as a suspect was being handcuffed and placed into a police vehicle. Members of the Caribbean Netherlands Police Force KPCN and the Royal Netherlands Marechaussee KMar arrested the 24-year-old suspect.

Searches had been carried out previously in the homes of three suspects in the Golden Rock and Jeems areas in connection with the case on Tuesday, May 19.

A detective from the vice squad in Bonaire arrived in St. Eustatius on Monday, May 25, to investigate the alleged crime. He is presently still on the island.

A vice unit or a morality squad is a police division that focuses on domestic violence, sex crimes and crimes involving minors.

Two 17-year-old male suspects were arrested in this case on Wednesday, May 27, and Thursday, May 28. One of these suspects was placed in preventative custody.

All three young men were arrested as part of a continuing investigation concerning a sexual offence against a minor.

Due to the fact that the victim is a minor, the police are not releasing any further information.