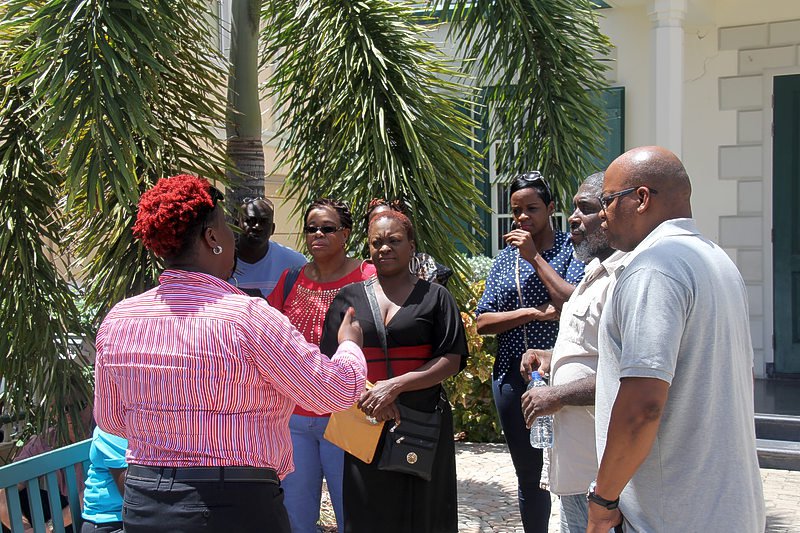 PHILIPSBURG–Sonesta Maho Group workers have won an injunction against the company, it emerged on Thursday. Twenty of the company’s 486 employees had filed an injunction against Resort of the World N.V., the holding company of Sonesta Maho Beach Resort and Casino, and against CM&M Services N.V, Maho Hotel Operations (MHO), B.V., Windward Islands Civil Servants Union/Private Sector Union (WICSU/PSU), and Government, contesting moves to transfer them into a new company.

Loud cheers were heard outside the Courthouse on Thursday afternoon after lawyer Zylena Bary informed workers they had won the case against what they considered a forced transfer from one company to the other. Of the 20 workers who had filed the injunction, 19 are from Casino Royale and one is from the Resort.

Sonesta Maho Group President and Chief Executive Officer (CEO) Saro Spadaro told The Daily Herald in June that as Maho Group continued to “grow and prosper” with new real estate developments and business opportunities in other destinations, the Group had decided that a reorganisation of the company was necessary, thereby creating operating companies for each facet of its hospitality ventures.

CM&M is going to manage Casino Royale, while MHO will become responsible for Sonesta Maho Beach Resort and Ocean Point Resort. Both companies are wholly-owned subsidiaries of Resort of The World.

All workers were being transferred, with staffers maintaining 100 per cent of their seniority and accrued rights and benefits, including social and health care insurances and pension rights. The process started six months ago and has been carried out by the Group’s managers, attorneys, Labour Mediator Rafael Boasman, the legal advisor to the Ministry of Public Health, Social Development and Labour VSA, and Windward Islands Civil Servants Union/Private Sector Union (WICSU/PSU), Spadaro claimed.

However, twenty of the Resort’s workers disagreed with the Transfer of Employment Agreement closed between their employer and WICSU/PSU through Boasman’s mediation. On second thought, seven litigants did sign the Transfer Agreement on June 1, leaving 13 of them in total disagreement.

According to Maho Group, WICSU/PSU and the VSA Ministry are all in agreement that the process put forth by Maho was correctly executed. “The Maho Group believes the employees are being misinformed and the injunction is not based on valid legal or factual grounds,” Spadaro stated at the time.

Litigants filed a petition with the Court on June 27. The case was heard June 30, with a continuation on July 7.

The Court of First Instance established in Thursday’s decision that, contrary to the Netherlands, the Civil Code of St. Maarten does not provide a regulation for the transfer of workers from one employer to the other. This means employees must agree with their transfer by signing a new labour agreement with their new employer.

The Court established that the Transfer Agreement could not be held for such an agreement and that workers therefore were not bound by the Transfer Agreement as closed between WICSU/PSU, Resort of the World, and its subsidiaries. This means that those workers who did not sign the Agreement remain employed by the Resort, which should respect their existing labour agreements in full.

The same does not go for the seven workers who signed the Agreement, because it is a legal principle that signing parties must honour an agreement, the Judge explained.

However, it was added that the Court still might declare the Transfer of Employment Agreement null and void in the main case, when the Court is to give a final and more in-depth assessment of its validity and legal weight.

The Court found Maho in default as it had not informed workers about its reorganisation plans. The Court threw out the case against the mediator, but was critical of the role played by WICSU/PSU. The Judge said the union representative had acted on his own, had not informed union members and was not entitled to close the Agreement.