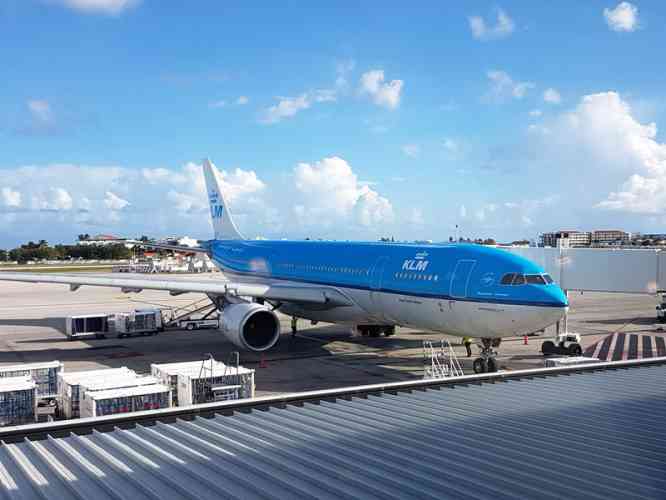 SCHIPHOL–Royal Dutch Airlines KLM will be executing three direct flights per week from Amsterdam to St. Maarten and straight back as of January 14, 2020.

KLM had already announced the return of the direct Amsterdam-St. Maarten-Amsterdam route per October 27, 2019. This direct flight will initially be carried out twice per week, on Friday and Sunday. Per January 14, 2020, this frequency will be increased to three times per week: Tuesday, Friday and Sunday.

This means that more than two years after Hurricane Irma wreaked havoc in St. Maarten and severely damaged Princess Juliana International Airport early September 2017, KLM is back to its pre-hurricane capacity and service by providing three direct flights per week.

Currently, KLM executes three flights to St. Maarten per week, but all three make a stop in Curaçao on the way back to Amsterdam. The direct flights, two per October 27 and three per January 14, mean that St. Maarten will no longer have to share the flight with Curaçao. KLM will continue to service the St. Maarten route with an Airbus A330-200 with a 268-passenger capacity.

The increase in demand for St. Maarten with tourism on the rise is also reason for KLM’s partner Air France to up the frequency to the island. Air France already decided earlier this year to add a fourth Air France flight to the three weekly Joon flights from July 3 to September 4.

When the 2019-2020 winter season starts per October 27, Air France will resume its daily flights from Paris’ Charles de Gaulle airport to St. Maarten. Air France will use the larger, four-engine Airbus A340-300 on these flights with a seat capacity of 275.