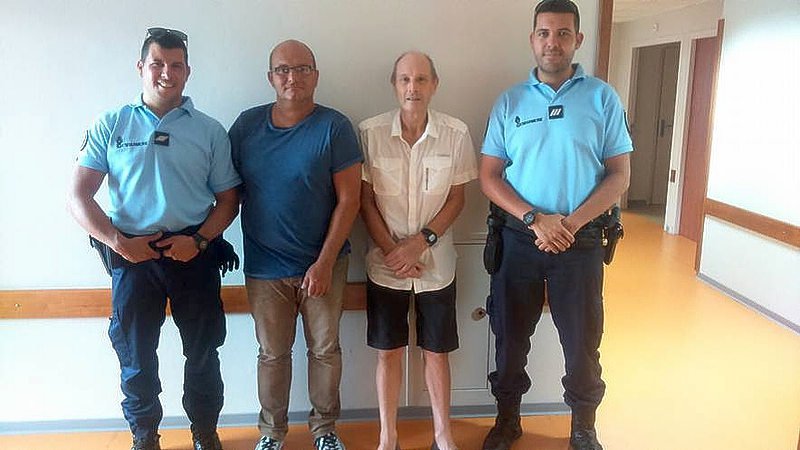 MARIGOT–Three Gendarmes attached to the 28/1 Drancy mobile brigade have been praised for coming to the aid of a heart attack victim named Marc and saving his life.

The off-duty Gendarmes in question: Christopher G, David C and Jérémie C, were having lunch at the Dreams Restaurant on the beach in Baie Nettle on May 15, 2016, when Marc (70) drew up alongside the jetty in his dinghy to come ashore. As he was securing his dinghy to the jetty he suddenly had a cardiac arrest and collapsed on the jetty.

Seeing the man collapse the three Gendarmes immediately rushed to his assistance. They noticed he was not breathing. After calling the emergency services they attempted to revive him with Cardio Pulmonary Resuscitation (CPR). After about 20 minutes of cardiac massage, a pulse returned and Marc started breathing normally. When they arrived, emergency services took over. Today, Marc is said to be in good health.

The ever-grateful Marc and the Gendarmes struck up a firm friendship afterwards and even had a dinner together. It was understood 28/1 Drancy brigade was about to be replaced by the 26/7 Belfort brigade.