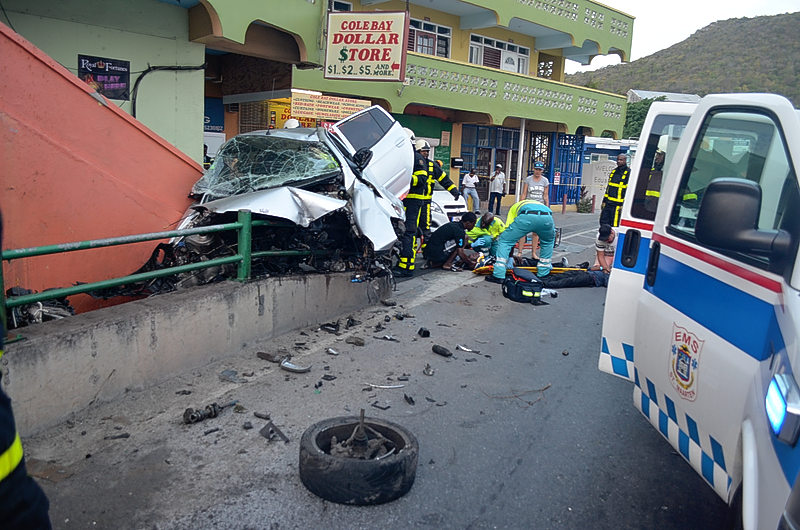 CAY BAY–Three persons driving in a grey vehicle slammed into a railing located in front of the Dollar Store in the area Sunday morning. The man who was driving reportedly suffered a broken jaw while a woman was in the passenger seat and another man in the back seat.

The woman was sawed out of her seat by the Jaws of Life thanks to the assistance of the Fire Department.

Residents from the area surrounded the accident location and seemed astonished that the three survived the freak accident. The motor of the vehicle was stuck in the railing of the bridge and the car was crushed small due to the impact of the blow.

Acording to witnesses, the vehicle was travelling at very high speed coming from Simpson Bay towards Cole Bay and collided head on with the guardrail and the concrete steps leading to the upper floor of the guesthouse.

They were transported by ambulance to the Louis-Constant Fleming Hospital on the French side. The traffic department is still investigating the exact cause of the accident.