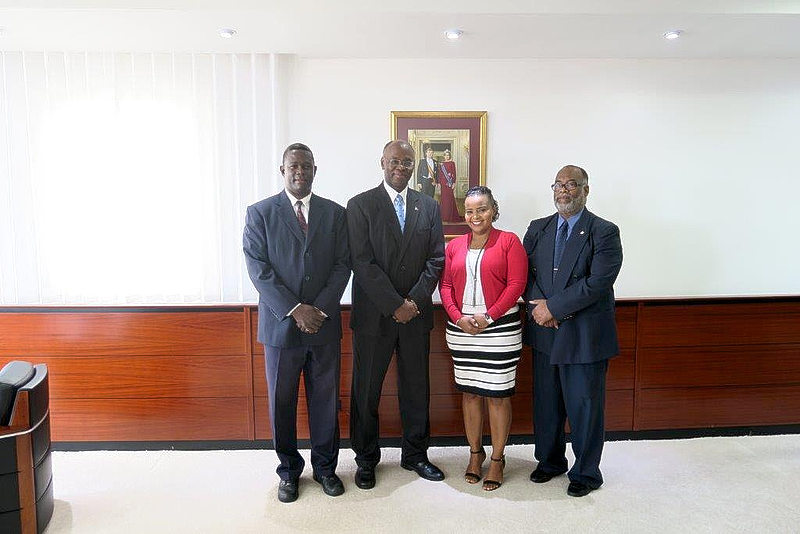 HARBOUR VIEW–St. Maarten now has three new labour mediators, who will form part of a pool of mediators to handle labour disputes in the country.

The new mediators are Amador Muller, Leroy Brooks and Mercelina Loblack. The 3 were sworn in by Governor Eugene Holiday during a ceremony at his cabinet on Wednesday, January 25.

During the ceremony, Holiday underscored the importance of their function and mediation in labour conflicts. He congratulated the 3 mediators and wished them “wisdom and success” in the performance of their duties.

Labour Minister Emil Lee had said recently that concerns had been expressed regarding the mediator’s post since former mediator Rafael Boasman had been appointed, and is functioning as Minister of Justice. Labour unions were amongst those that had expressed concerns. Lee had said at the time that Boasman’s appointment had “created a gap.”

He spoke about government’s plans to establish a pool of mediators and noted that authorities will no longer focus on having one person working full time as a mediator. The pool of mediators will operate on a case-by-case basis and will be working on call.

Additionally, government also plans to bring in mediator trainers to mould and help elevate the skills of the pool of mediators, as well as to share with them various techniques they can use in the mediation process. The trainings will be open to the public, who can also arm themselves with mediation skills.

The Ministry of Health, Labour and Social Affairs VSA is also looking at restructuring the mediation services through the establishment of an independent Mediation Bureau. How it will function and be structured is something that is still being worked on. However, the main objective is to separate the mediator services from the Department of Labour.

Before her appointment, Loblack had functioned as Assistant Mediator, a post she held since 2012.