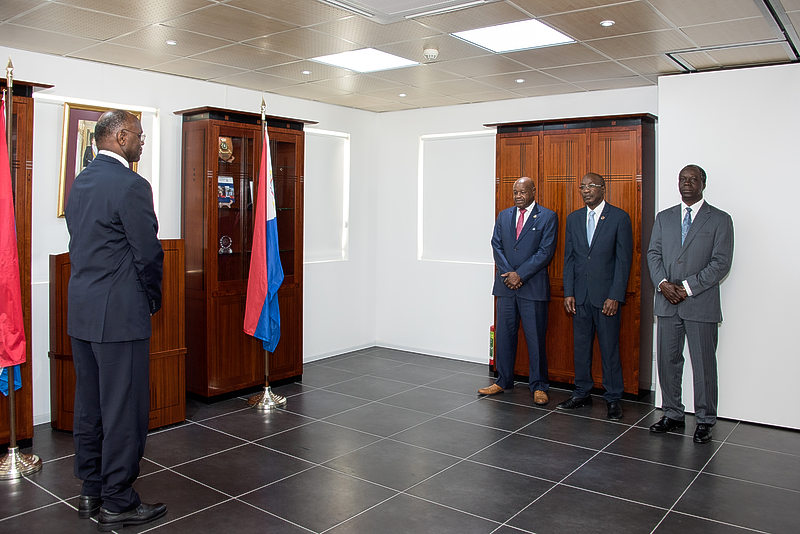 The ceremony was held at the cabinet of the Governor at Harbour View. The new MPs will occupy the three seats in Parliament that were left vacant as a result of the appointment of William Marlin (Prime Minister), Silveria Jacobs (Minister of Education, Culture, Youth and Sports) and Christophe Emanuel (VROMI Minister) to the Council of Ministers.

Holiday congratulated the new MPs and wished them “strength and wisdom” in the performance of their “responsibilities to foster the well-being of the people of St. Maarten.”