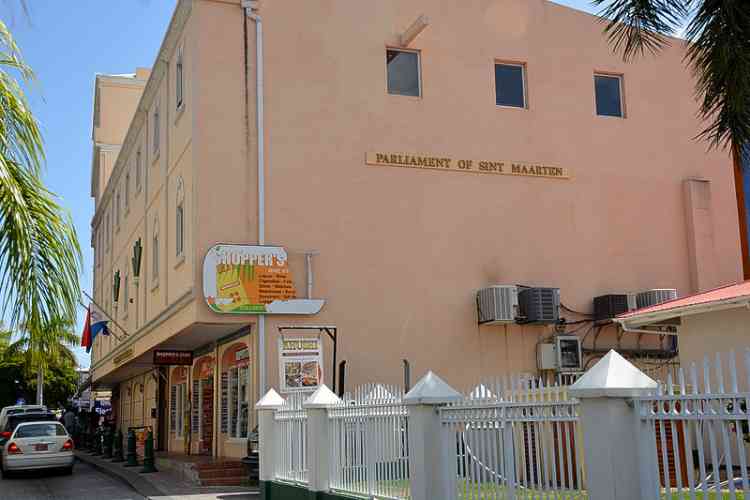 PHILIPSBURG–Members of Parliament of opposition United St. Maarten Party and National Alliance and some from the United Democrats/SMCP coalition worked together to pass three motions individually aimed at collecting taxes via home-sharing giant Airbnb, speeding up tax reform and eliminating transfer fees for first-time homebuyers.

One MP not voting for any of the motions was Sarah Wescot-Williams (United Democrats). She pointed out that she could not in good conscience vote for motions that would give residents a false sense that changes will actually come in the areas the motions cover. Motions, she said, are simply wishes of Parliament and are not actual changes to laws or regulations.

MP Tamara Leonard (United Democrats) also did not vote for the motions. She had called for an adjournment of the meeting to allow time to review and adjust the motions to make them, in her terms, more realistic. She noted that she was not against what the motion sought in principle to achieve, but the manner in which they were outlined.

The motion tabled by NA parliamentarian Ardwell Irion in Wednesday’s session instructs Finance Minister Perry Geerlings to make changes within the tax system to introduce an exemption from the transfer tax for first-time homebuyers for a home not exceeding a purchase price of NAf. 450,000, to draft legislation to accommodate this amendment within six months and to report back to parliament with three months to update Parliament on the progress.

The adopted motion instructs the minister include in the amendment that the exemption is only permitted for personal home purchases and St. Maarten residents. This exemption should not include purchases from registered businesses or foundations.

MP Frans Richardson (US Party) tabled the motion aimed at speeding up tax reform at the start of the plenary session of Parliament in November 2018. The meeting, focused on tax reform, was suspended until Wednesday when the discussion with Geerlings wrapped up and the motions were put to a vote.

Richardson’s motion specifically seeks to instruct Geerlings, with the support of the Council of Ministers, to approve and submit to Parliament, within 30 days of the passing of the motion, an outline of all tax legislation to be drafted relevant to the agreed tax reform and a schedule, not to exceed a period of three months, for completion and presentation of draft tax legislation and/or amendments.

The motion also calls for the convening of monthly meetings of Parliament’s Finance Committee, to which Geerlings will be invited, to get periodic updates on the completion of the draft tax legislation and the draft amendments to tax legislation.

The third motion, on Airbnb, also tabled back in November 2018, came from MP Rolando Brison. It calls on Geerlings to immediately engage directly with Airbnb and vacation rental website VRBO to get these platforms to collect accommodations tax or turnover tax on behalf of hosts and remit these to the Tax Office. The minister has 90 days to complete the process.

The tax collection agreements would result in an “additive” amount, according to the motion. That means the people offering their accommodations on these platforms will receive their full nightly rate, but the renter will pay the tax.

Geerlings must report to Parliament within 30 days with draft tax collection agreements with Airbnb and VRBO.

Tourism and Economic Affairs Minister Stuart Johnson together with St. Maarten Tourist Bureau are called by the motion to concurrently prepare a plan for the promotion of peer-to-peer hosts once they are tax compliant through the tax collection agreements, as well as to reform licensing and permits for hosts using P2P (peer-to-peer) platforms to rent properties. These plans must be presented to Parliament within 60 days.

Wescot-Williams pointed out in motivating her vote on the Airbnb motion that government has already signed a memorandum of understanding with the company and without knowing the full contents of that she could not vote on a motion that calls for an agreement.