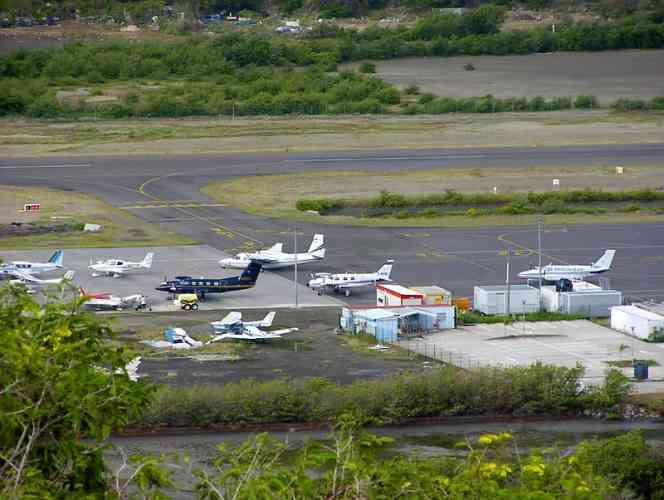 MARIGOT–The three private plane owners and pilots who lost their case against Société Exploitation de Saint-Martin SESMA, the management company of Grand Case Airport, after their planes were destroyed during Hurricane Gonzalo in 2014, are to appeal the judge’s decision to absolve SESMA of responsibility, a lawyer from the pilot’s legal team, Noémie Chiche-Maizener, confirmed.

SESMA, a subsidiary of SNC-Lavalin at the time since 2011, has the DSP at the airport on a 25-year contract.

The plaintiffs are Americans Ariel Weiss, Reginald Connor and Colin Connor, and the company C Cube LLC. They accused SESMA – as stated in court papers – of “inadequacy of its installations which contributed to aggravation of material damage suffered by their aircraft parked at the airport of Grand Case during Hurricane Gonzalo on October 14, 2014.”

Hurricane Gonzalo was initially predicted to pass as a tropical storm, but unexpectedly strengthened into a category two storm. As a hurricane was not forecast, there was no reason to take a plane away and fly to another location. When the weather suddenly changed that option was no longer possible.

“When the pilots wanted to get into the airport to try and secure their planes, the gate was closed and they were not given a key,” explained Chiche-Maizener. “That’s not the case in St. Barths where there is a special gate and access for people with private planes. They had no possibility to get in, to better anchor and secure their planes. Most airports have a proper anchorage system embedded in concrete from which a small plane can be secured with a chain or strong rope.”

Flight instructor Ariel Weiss added: “Filling tyres with concrete may work for a light storm, but a hurricane is much more serious. When the parking apron was resurfaced at Grand Case the anchors were covered up. We couldn’t get in and there was no security guard. When you are paying someone to park your plane you expect them to be responsible. Our contract said the airport was responsible.”

In the decision the judge concluded that SESMA’s security protocols for hurricanes were adhered to and that there was nothing from the airport side (flying debris) in the traffic area and aprons that would have contributed to damage to the aircraft. This was checked on Monday, October 13. The judge determined that the airport management was not at fault and damage to the aircraft was caused by the hurricane alone.

Chiche-Maizener said she was very disappointed that the judge did not follow the opinion of the Public Rapporteur. The Rapporteur gives his unbiased, independent opinion to the court, but does not participate in the deliberations or the judgement.

“The Rapporteur was clearly on our side and he considered that SESMA was responsible and that they should compensate the pilots for their loss. We felt we had a strong case. Usually the judge follows the advice of the Rapporteur, but he didn’t. This was strange, it was the first time I have seen that happen. It’s rare,” she said.