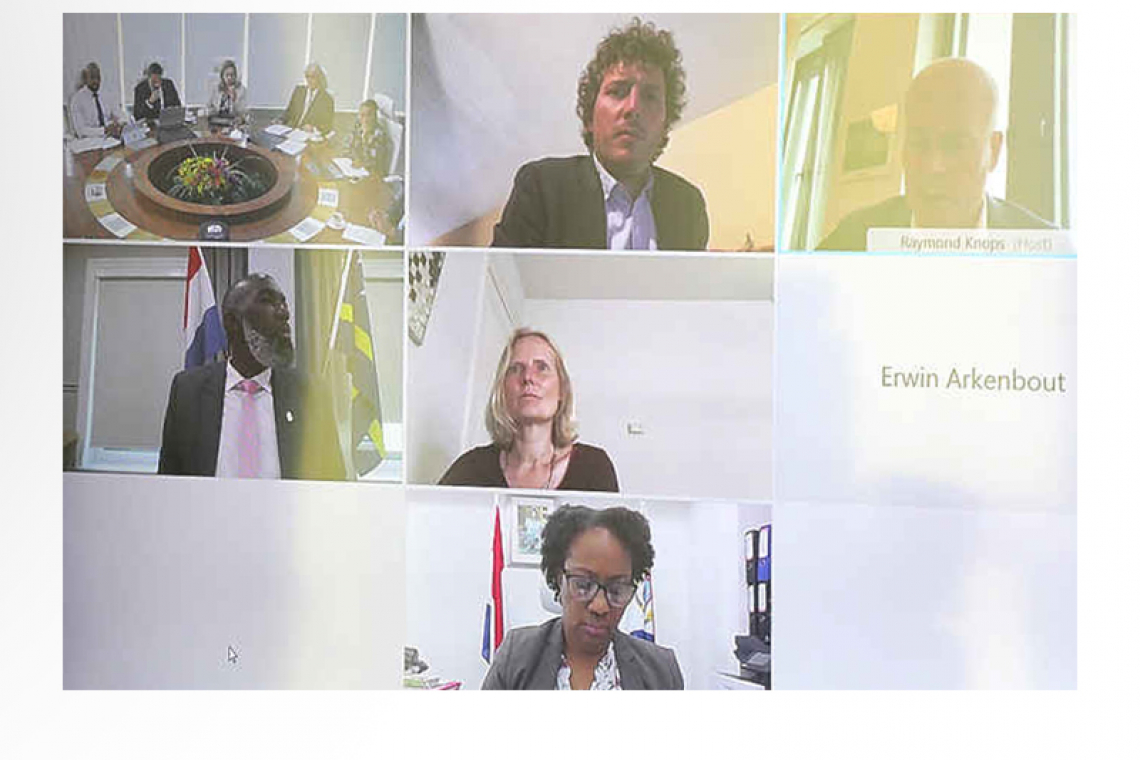 The meeting with the participation of Aruban Prime Minister Evelyn Wever-Croes, Gilmar Pisas of Curaçao and Silveria Jacobs of St. Maarten took pace in a digital setting. The results of the meeting for Aruba were announced by Wever-Croes in a press release.

The prime minister explained that so far, her country has received 900 million Aruban florins (US $500 million) in liquidity support from the Dutch government. The establishing of the COHO through a Kingdom Consensus Law is one of the conditions of The Hague.

Negotiations between the kingdom countries have been ongoing since a critical related advice by the Kingdom Council of State a few months ago. The four countries are currently discussing the necessary changes to the kingdom law proposal and to arrive at a consensus that all can accept.

According to Wever-Croes, the negotiations are tough because it concerns a complicated matter. However, Thursday’s digital meeting took place in a positive atmosphere where, in her opinion, the Dutch government is respecting the advice of the Council of State which echoed the objections of the Dutch Caribbean countries to the law proposal.

Wever-Croes said that the countries are currently nearing the finalisation of these negotiations. When there is an agreement between the three prime ministers and the state secretary, the adapted law proposal will go to the parliaments for deliberation.

“We are not always in agreement in these meetings, but we treat each other with respect and we keep the dialogue going so we can soon reach an agreement and a solution for all countries,” said Wever-Croes.

One day earlier, on Wednesday July 14, Minister of Finance Xiomara Maduro signed the documents in order for Aruba to receive the sixth tranche of liquidity support. It concerns an amount of 181 million Aruban florin (about US $100 million) for the months July, August and September 2021.

According to Maduro, Aruba is working diligently to comply with the conditions that have been set for the liquidity support from The Hague. She noted that this much-needed financial support creates stability for Aruba’s economy to recover and grow during the pandemic.