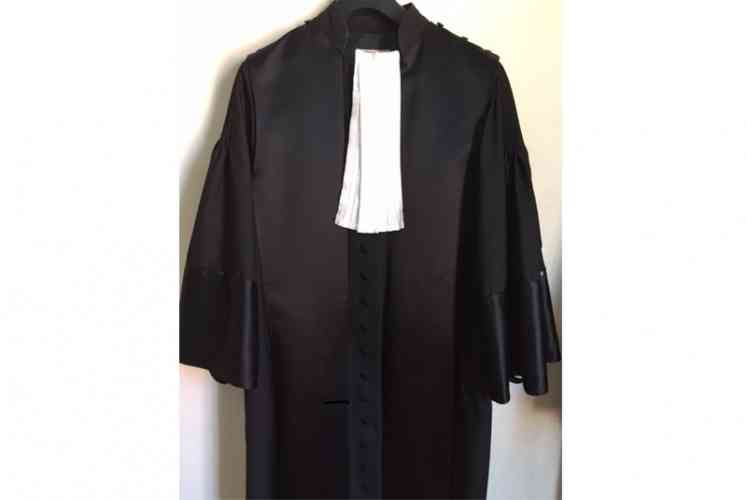 PHILIPSBURG–Three suspects who were facing between sixteen and eighteen months in prison, as they were suspected of attempted manslaughter after a roadside accident on December 2, 2017, were sentenced by the Court of First Instance on Thursday. The main suspect was sentenced to ten months for deliberately inflicting severe bodily harm with a machete and the two others will have to do community service as they were found guilty of mistreatment.

Suspects Jazel Jermin Felipe Maria (24), Junior Laguerre (29) and Aisha Latoya Londie van Putten (33) were all charged with attempted manslaughter, theft and weapon possession. The incident, which took place outside Sea Breeze Hotel on Welgelegen Road, originated in a roadside accident outside a Chinese restaurant on A.J.C. Brouwer Road during which Van Putten’s car was damaged.

Van Putten believed the situation had not been handled to her satisfaction. She sought police assistance but to little avail, in her opinion. She went looking for the victim at the hotel where he was staying, after which a violent confrontation followed in the hotel parking lot and in the street. The victim was struck with a machete and severely injured on his hand and arm during a fight with the three suspects.

In the verdict, the Judge agreed with the Prosecutor and with attorney Safira Ibrahim that there was insufficient evidence to consider attempted manslaughter proven.

The Court found Maria, who had used the machete, guilty of inflicting severe physical injury and of possession of an illegal weapon. The Court specifically held it against him that he had used the weapon against an unarmed “loner,” and dismissed self-defence pleadings.

Contrary to the Prosecutor, the Court did not consider Van Putten and Laguerre co-perpetrators in the severe mistreatment. Maria may have been on their side in the fight, but the Judge said it could not be sufficiently proven that the three had been in “close cooperation” during the fight.

Therefore, it also could not be proven that the two had the intention to inflict severe bodily harm, the Court reasoned. Also, they had not significantly contributed to the violence.

Van Putten was found guilty of kicking and hitting and Laguerre of beating the victim during the fight. Both were sentenced for mistreatment, for which they were sentenced to 40 hours of community service.

The victim had stated that he was robbed of several belongings, including cash and valuables such as a chain and expensive watch, but the Judge said it could not be established that any items actually were stolen.