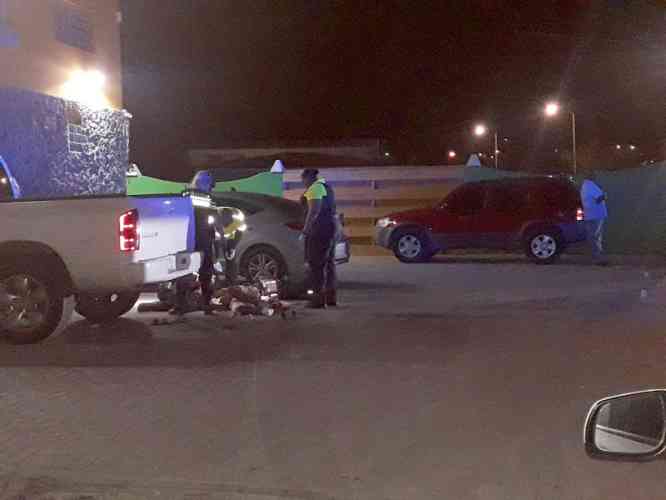 PHILIPSBURG–One of the victims in the shooting at El Capitan Night Club on December 31, 2018, a security guard who worked in the adult centre at the time of the incident and a so-called

“anonymous” witness are to be heard in the run-up to trial of two men accused of their involvement in the shooting. The judge in the Court of First Instance decided this during a well-attended preliminary hearing on Wednesday morning.

Suspects D.J.E.O. (35) and S.R. (20) walked into the police headquarters on January 2, 2019, and surrendered to police who had been searching for them since the “Old Year” shooting took place. Both suspects were immediately arrested and placed in custody for further investigation.

One of the shooting victims died at the hospital emergency room. The other victim sustained injuries to his legs and arm.

The police said at the time that when officers arrived at the establishment to investigate the situation on Old Year’s Day 2018, they had learnt that two persons had been shot and those responsible for this had fled the scene in a black SUV headed towards Bishop Hill.

Both suspects are suspected of having committed (attempted) murder and manslaughter and of possession of several illegal firearms. They are expected to plead self-defence, as they claim they had been threatened previously. They also say that the victim who died had fired gunshots at them before the fatal incident.

The suspects’ lawyer Eldon “Peppie” Sulvaran requested the hearing of the three witnesses to shed more light on the background of the shooting incident. The so-called anonymous witness had provided a statement to the police after the shooting, but had declined to provide his name, as he had stated he did not want to be involved with the case.

The Prosecutor did not object to the hearing of the victim who survived the shooting, but said that the other two witnesses could not testify about the first shot that was fired and what had preceded that incident.

According to the Prosecutor’s Office, the two suspects had stated they had taken the firearm from the victim during a skirmish and an angry exchange of words, and had fired at him.

The Prosecutor said that images from video-surveillance cameras had revealed that the men had had a number of “unfriendly” exchanges during the last night of 2018.

The Judge permitted the hearing of the three witnesses, the anonymous witness included. He said that officers had spoken with the witness after the incident and that officers should make an effort to find him.

In the courtroom, which was filled to capacity, O. told the Judge that he had been held in detention for 235 days. “I was only questioned once. It seems like they don’t care about what we have to say.”

He told the Court that his house had been shot at three times. He had reported the incidents to the police, “but no one was ever arrested,” he said.

Relatives of the victim, among them his mother, who had travelled from Saba to attend the hearing, observed the proceedings from the public gallery.

Attorney-at-law Geert Hatzmann announced that he would be reading a statement on behalf of the mother during the trial hearing, which is expected to take place within three months.