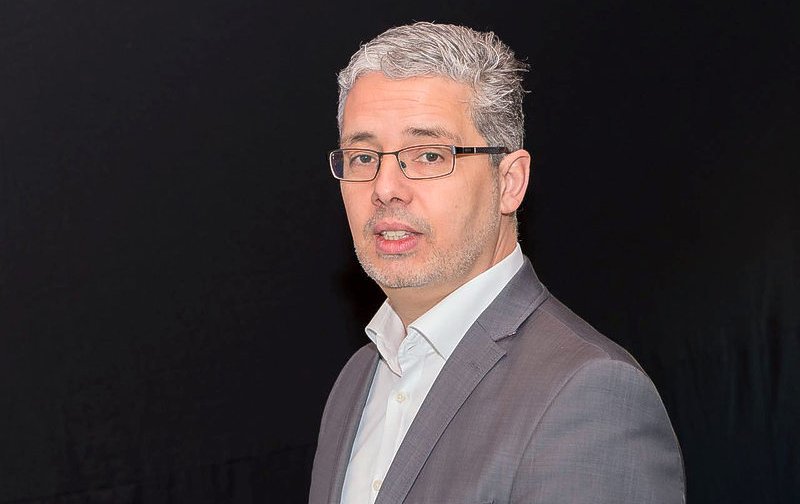 THE HAGUE–Member of the Second Chamber of the Dutch Parliament Mustafa Amhaouch of the Christian Democratic Party CDA is relatively new to the Kingdom Relations portfolio, but he is committed to the Kingdom, as is his party. “The connection with the islands is important.”

Amhaouch (46) was installed as a Member of the Second Chamber in January 2016. He runs as number 15 on the CDA slate for the elections coming Wednesday. Amhaouch, born in the Netherlands of Moroccan descent, filled the void in the Second Chamber’s Permanent Committee for Kingdom Relations left by Madeleine van Toorenburg (CDA) due to other commitments in Parliament.

A visit to the Dutch Caribbean in January this year as part of the Dutch delegation for the Inter-Parliamentary Consultation for the Kingdom IPKO, Amhaouch was able to obtain first-hand experience on the islands, in this case Curaçao and Bonaire, and to get a more in-depth view on the issues affecting the Kingdom.

He noticed the challenges in the relations between the Dutch Caribbean part and the Netherlands part of the Kingdom. He took note of the struggles of the islands, such as poverty and the lack of economic development, but he also saw opportunities; room for improvement.

The islands can function as a hub between Europe and Latin-America, which creates a win-win situation for all countries of the Kingdom. According to Amhaouch, the Dutch Government often perceives the relations with the islands too much “in abstracts”. More interaction and open-mindedness would positively contribute to these relations.

As for the frequent tensions in the relations within the Kingdom, Amhaouch said there are two sides to the medal. “The Dutch Caribbean countries claim their autonomous position, while at the same time they lean on the Kingdom.”

Amhaouch made reference to CDA’s election programme, which dedicates ample attention to the islands. “The Netherlands has been tied to the Kingdom parts in the Caribbean through many centuries of shared history.” He said these were “no hollow words” for his party. “We have a responsibility to make something of this together.”

Aruba, Curaçao and St. Maarten carry their own weight as autonomous countries, but for the Dutch public entities Bonaire, St. Eustatius and Saba the situation is different. “We have a special responsibility for these islands,” said Amhaouch.

Aside from stimulating the infrastructural and economic development, there is a task for the Netherlands to assist with the eradication of poverty on the three smaller islands. Amhaouch, who studied measurement science and control engineering at Fontys Hogeschool in Venlo, and worked 20 years in a management function at the highly successful Dutch technical company ASML, sees possibilities for (more) agriculture.

Stimulating agriculture on the islands would reduce the need to import expensive food items and would at the same time make the islands more self-reliant. He recently submitted written questions to the Dutch Government to get more attention for this matter.

Amhaouch also sees a responsibility and a role for the public entities to take initiative and come up with their own plans and wishes for The Hague. “The Second Chamber is also your Parliament. The municipality in Limburg, where I live, drafts its own plans if it wants to get something done. The islands should do the same. In that way we as Parliament can address and support these plans.”

Democracy and the level of government are vital issues and they are related. “Democracy starts with an agile, integer government. The stronger that basis is, the better it is for the trust between the countries within the Kingdom.” Unfortunately, these factors have been lacking in Curaçao, St. Maarten and St. Eustatius, said Amhaouch. Aruba, Bonaire and Saba were doing a lot better.

Integrity is the basis of the public administration, and an issue that is highly important to the CDA party. The criminal undermining teams that have been active on the islands, with the support of the Netherlands, are bearing fruit and should be maintained. “This remains necessary for the future,” said Amhaouch.

Integrity is specifically mentioned in CDA’s election programme:  “As part of the Kingdom, the countries have a serious responsibility to guarantee integrity in government and for an effective law enforcement and border control.”

Amhaouch will very likely remain in the Second Chamber after the March 15 elections, as his party is expected to secure around 20 seats. Though this is a decision of his party, Amhaouch said he would like to stay on as spokesperson for Kingdom Relations. “Continuity is important.”

The Member of Parliament (MP) urged people to go out and vote on March 15. “The Second Chamber is there for the entire Netherlands, and that includes the public entities. The votes from the islands are important, as they very well could be game changers for some parties.”

Amhaouch said it is important for voters to give their mandate to a party that is involved with the islands, and which has local participation. The CDA has its own candidate in electoral district number 20, the Caribbean Netherlands, in the person of Koos Sneek of St. Eustatius.

As a former Member of the Municipal Council of Helden (Limburg) from 1997 to 2006, and as Chairman of the CDA department Peel and Maas for six years until 2016, Amhaouch knows how important it is to allow people to participate and to listen to them. “We should not talk about the people, but with the people.”