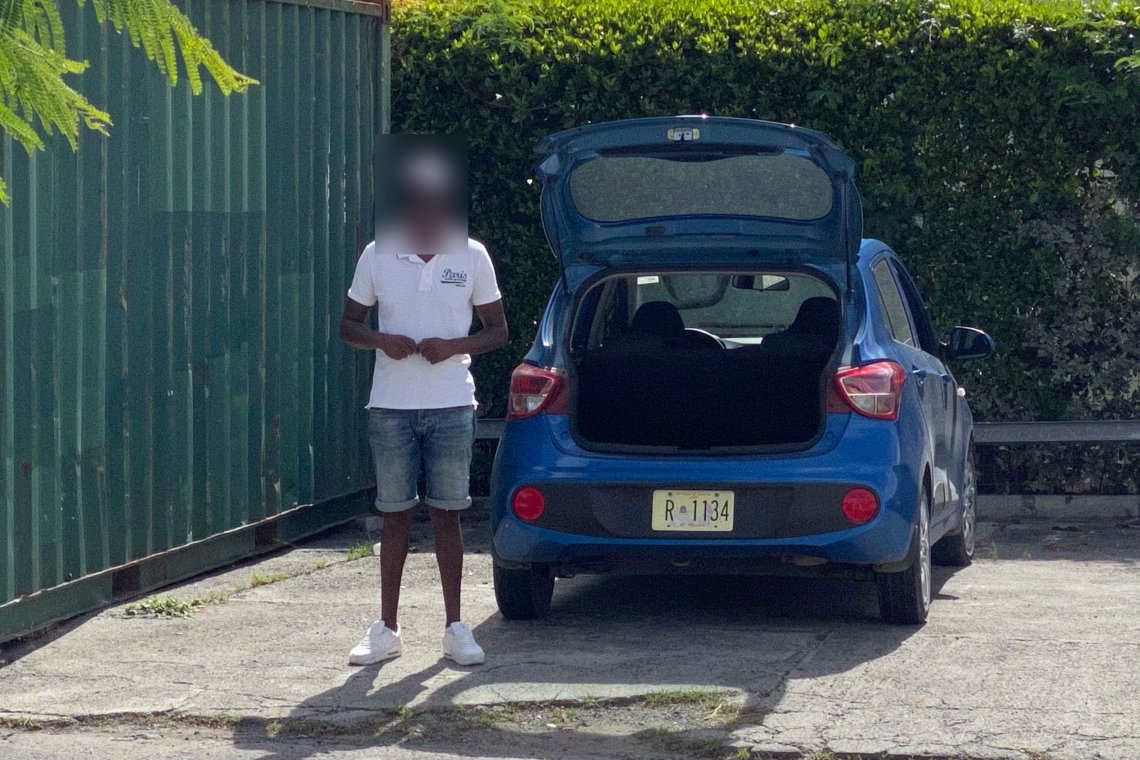 OYSTER POND–Residents in Oyster Pond have once again complained about the activities of off premises consultants (OPCs) working for timeshare resorts, saying they are disturbing the peace, stopping cars, and harassing tourists, this time just across the border on the French side.

According to residents, OPCs try to persuade tourists to visit time-share resorts such as Dawn Beach Club with the promise of gifts. Residents have submitted complaints before to the Préfecture, the Gendarmerie and others which resulted in a reduction of OPCs showing up in Oyster Pond.

“Just before Hurricane Irma, they installed a booth at the lookout point in Baie de L'Embouchure [close to the demolished Coralita Hotel – Ed.] where they were still illegal but at least not stopping cars and yelling all the time in front of residents,” said one resident. “But today, they came back again to Oyster Pond and placed their car on a private parking space. They stop cars in the middle of the road so that traffic is held up and stopped. This is asking for accidents to happen when frustrated drivers want to pass.

“The practice is illegal on the Dutch side of the island, but they [OPCs] think that they can get away with it on the French side. A letter will again be made to send to the authorities – Prefecture, Dutch-side Timeshare Association, Dutch and French side government, etc. – so that Gendarmes and police can be instructed to react.”