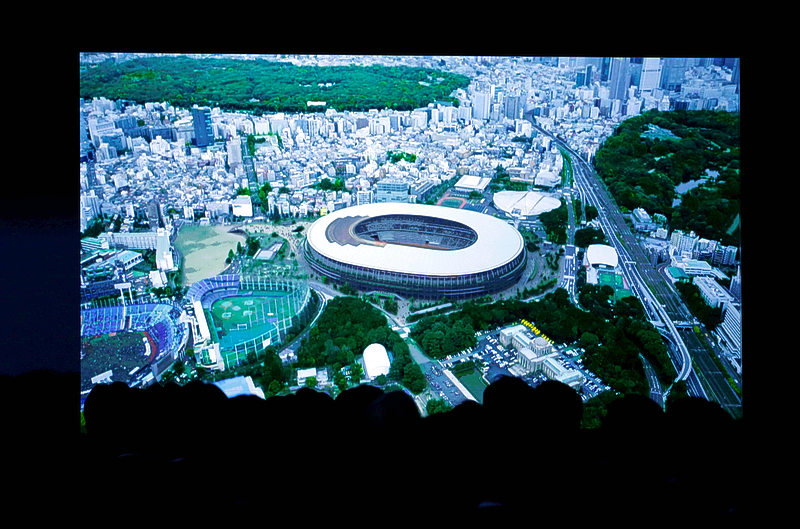 TOKYO– Tokyo 2020 organisers unveiled on Wednesday a budget of $16.8 billion for hosting the next Summer Games and vowed to seek further savings in co-operation with the International Olympic Committee (IOC) which has been calling for them to cut costs.

At an a open meeting of a four-party working group that includes the IOC, organisers said they estimated overall costs of 1.6 to 1.8 trillion yen ($15-$16.8 billion), the first official figures they have released since winning hosting rights.
At a previous meeting about three weeks ago, organisers had said costs could run to as much as 2 trillion yen, a level that IOC Vice President John Coates had deemed too high.
“We are pleased with the progress we are continuing to make,” Coates said via video conference on Wednesday.
He noted the $4.7 billion portion for the organising committee’s budget would all be paid for through sponsorship, IOC contributions and other private funds, at zero cost to the public, meaning they were really looking at a budget of $12.1 billion.
“The four-party political working group will continue to operate and play an important role going forward in the budget process,” Coates said.
Tokyo won hosting rights largely on its reputation for efficiency, but organisers have been embarrassed as budget projections were seen soaring far beyond the 734 billion yen that was estimated during the bid process.
A Tokyo city government panel commissioned by Governor Yuriko Koike warned in September that expenses could balloon to as much 3 trillion yen. The IOC is worried such lofty figures could scare off future bidders, after cities like Rome and Boston dropped out of the 2024 race.
“I appreciate we have reached a very significant milestone,” Koike said. “We are still keen to see further savings.”
The Tokyo panel had recommended using existing facilities for three venues instead of building new ones, in line with the IOC’s “Agenda 2020” initiative which calls for utilising more existing infrastructure to ease the burden of hosting.
Koike ultimately abandoned plans to use existing venues for the rowing/canoeing, swimming and volleyball but cost-cutting steps, such as reducing the number of seats at the swimming arena, will save around $400 million.
Organisers noted a rise in construction costs, which have jumped due to rebuilding from Japan’s earthquake and tsunami five years ago. They also said the projected cost of temporary facilities had more than doubled as the bid file had not accounted for items like design costs, surrounding greenery and temporary toilets.
In addition, they have now set a budget of $1-$2.8 billion for contingencies and a $3.8 billion service budget for transport, security and other costs that had not been included in their bid.
Coates does not think such a large amount for contingencies will be required and that the service budget could provide additional cuts.
“The feeling we have is there are savings to be found there,” he said.