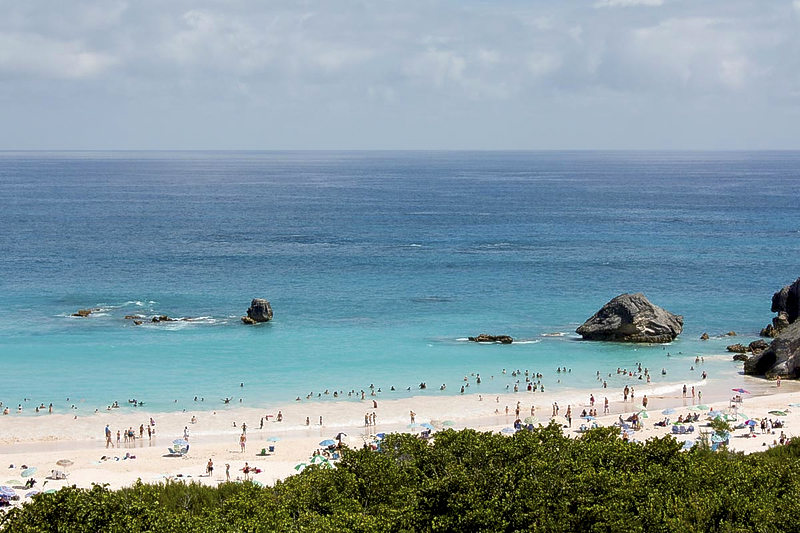 HAMILTON, Bermuda–Visitor air arrivals increased by more than ten per cent in the first half of the year, according to the Bermuda Tourism Authority (BTA).

Figures released Tuesday afternoon show a total of 201,084 visitors came to the island between April and June this year, compared to 192,699 during the same period last year.

In addition to increased arrivals, the new statistics showed a 2.2 per cent increase in per-person visitor spending in the first half of the year and a 4.4 per cent rise in hotel occupancy rates. While hotels were charging a slightly lower than average rate, the BTA reported that the increase of occupancy resulted in higher overall revenue for the hotels.

Vacationers put more than US $90 million into the local economy between January and June – 12.4 per cent more than the same period last year.

And with increased airlift to the island, air arrival numbers for the quarter rose from 71,972 to 75,730, despite a decrease in the number of business travellers.

BTA Chairman David Dodwell said: “It’s the first time in eight years we have seen numbers like this in the first half of the year.

“I think the hard work is paying off. The BTA was essentially in the formation process in 2013, so it really didn’t get up and running in its current form until 2014, and even in 2014 was a beginning year. Some members of the team didn’t come on board until later.

“We are really in our second year of operation, and we have seen growth since then. We are trying to be has optimistic as we can be, but we don’t want to be looking over our shoulders. We want to look ahead.”

Meanwhile BTA board member Jessica Mello said that there is a natural lag in tourism between when the work is done and when the results can be seen, particularly when it comes to group business.

“Groups book in advance, a year or several years in advance, and they are very important in filling that base hotel inventory,” she said. “It’s not until now that we are seeing the results of the work that has been going on for the last couple of years.”

“In no uncertain terms, these two quarters of results are a reinforcement of the BTA’s marketing and management approach. When you combine excellent business intelligence, strong marketing execution and a dedicated team of Bermudians working overtime to turn the economy around, this is the result: stellar performance.” ~ The Royal Gazette ~