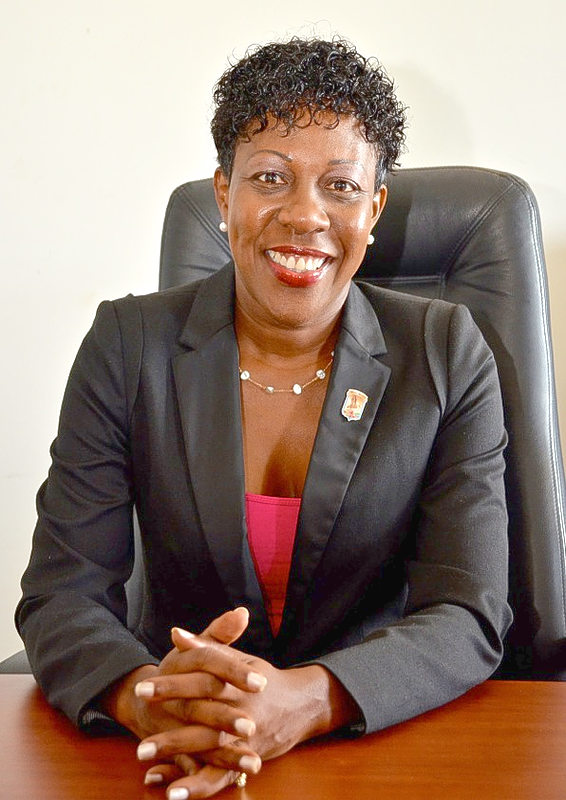 MARIGOT–President of St. Martin Tourism Office, Jeanne-Rogers Vanterpool, said Thursday she could not support the recommendation by the Territorial Accounting Chamber (CTC) to cut down the number of employees as inferred by the Chamber in its recent critical review of the tourism office’s 2016 budget, citing the integral role all 16 employees, directly or indirectly, play in the promotion and marketing of St. Martin.

“The staff number has not increased since the beginning of my term and staffing is in line with the vision of St. Martin to make tourism the main engine of its economic development,” Vanterpool said. “The tourism office has optimised its budget by pooling its staff resources and the cost of personnel is largely related to the French social legislation that my office scrupulously respects. I therefore cannot support the recommendation by the CTC to cut down on the number of employees.”

The report had remarked on the salaries of the employees but Vanterpool stated the salaries were not of her making and were inherited from the previous administration.
Préfète Anne Laubies had referred the tourism office budget to the CTC towards the end of July as it was not balanced.(The Tourism Office’s Budget at the end of 2015 recorded a surplus of 600,000 euros. The discrepancy occurred when the Collectivité decided to credit to the institution 2 million euros instead of the entirety of 2.4 million receipts from the Stay – Over tax. The CTC gave the Office of Tourism one month to balance the budget.)

The tourism office board duly met on August 12 to consider the report of the CTC. The President and the board welcomed the feedback of the CTC. The President also submitted all the relevant information from the CTC analysis of the budget.
With regard to the general character of the operating expenses accrued, the Board considered that it should remain in line with the tasks set out for the office by the Collectivité. The new budget of the St. Martin tourism office now stands at 3 million, 032,133.00 euros for the operations section and 147,307.00 euros for the investment section.

Concerning the Stay-Over Tax, the President of the Board pointed out that the CTC had recommended that the entire proceeds of the tax should be paid to the tourism office by the Collectivité, and not three quarters as is currently the case.

The estimated amount of this receipt for the office in 2016 amounts to 2.4 million euros instead of the 2 million euros in the original budget of the Collectivité. The CTC also considers the tax receipts as a product of day-to-day management which is due, and not a receipt of exploitation that the Collectivité could turnover in addition to the tax.
The tourism office management will therefore meet with the Collectivité, at the earliest opportunity, to analyse the implementation of measures to be taken following the report of the CTC.

The President also addressed the suggestion by the CTC that her office does not sufficiently measure the impact of the promotional operations that it had carried out. Vanterpool noted that the island’s specific status, and the daily movement of tourists between St. Maarten and St. Martin without any control at the border, makes it difficult to give any accurate measure to the flow of visitors into and out of St. Martin.

“So far, the available indicators clearly show a significant increase in tourist activity and an improvement of our brand image over recent years,” she emphasized. “The Stay-Over Tax product for 2016, in particular, should be significantly higher than last year. “
Vanterpool added the Board shared the view that the upward progression of the destination of St. Martin is directly linked to the strategic actions undertaken by the tourism office. Some of the more significant indicators are as follows:

In the first year of the term, management conducted the classification of hotel accommodations to improve the island’s tourism product offering; the office launched a new campaign to improve the image of the destination and has created new market niches (incentive markets). This market is today responsible, alone, for several million euros of business out of an initial investment of 65,000 euros.