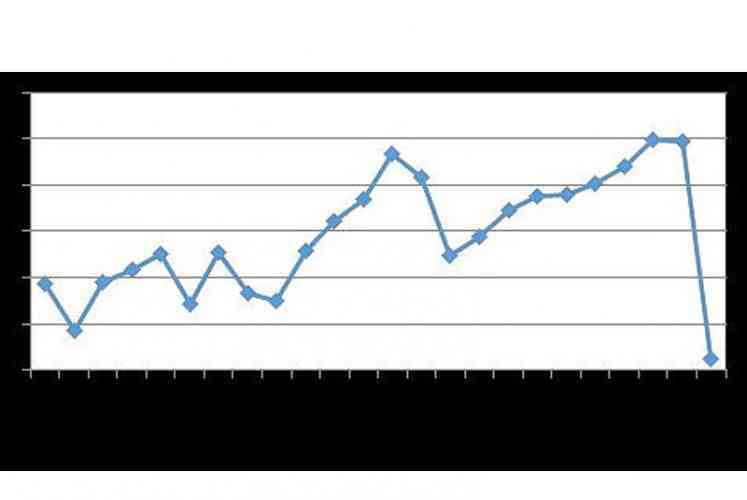 ANGUILLA–Compared to the previous year, visitor arrivals to Anguilla continue to be low following the passage of Hurricane Irma last year. In February, usually a popular month, there were only 5,549 visitors compared to 18,100 in February 2017. In March this year there were 5,390 visitors – a decline of 72.9 per cent from last March. Both stay-over and excursionist visitors contributed to the decline.

A review of the source markets for tourists visiting Anguilla during February 2018 showed that eight out of 10 markets contributed to the decrease from the same period last year. The largest decreases were experienced by the Italian market with 86.6 per cent, followed by the Canadian (75.8 per cent), USA (64.9 per cent) and German (57.6 per cent). Similar declines from 2017 numbers were registered for March.

There was a considerable decline in excursionist arrivals although their numbers have been increasing monthly after Irma. While historically there have usually been more excursionists than stay-over visitors, their recovery has been slower. The number of excursionists in March is the least recorded for this type of visitor to Anguilla during March as far back as 1993, followed by 3,752 excursionist arrivals in 1996, which may have been as a result of the passage of Hurricane Luis on September 5, 1995.