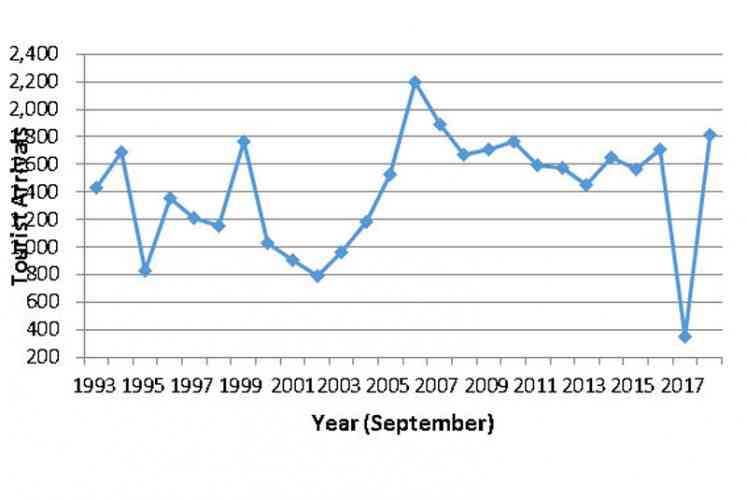 Passenger arrivals, including both visitors and residents, increased over the September 2017 figure of 2,045 to 10,248 arrivals during September 2018. Most passengers arrived by sea with over 95 per cent arriving at Blowing Point.

Positive changes occurred in nine of the 10 markets. The highest increase was in the French West Indies market, where 236 tourists came this month compared to 15 in September 2017. The Canadian and the French West Indies markets showed increases of 800 per cent and 569 per cent respectively over their comparative 2017 figures. Anguilla’s main source market for tourists, the United States (US), held a 25.8 per cent share of the tourist market in September, with the Caribbean source market holding a 21.5 per cent share.