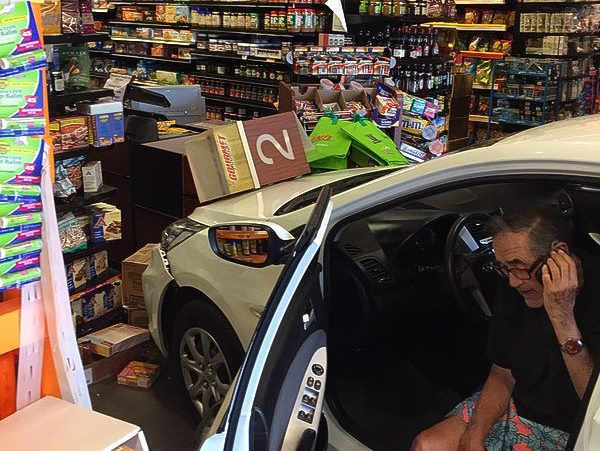 CUPECOY–A tourist drove straight into the front entrance of Le Gourmet Marché close to midday Tuesday. The Daily Herald understands that the man’s slipper got caught between the gas and brake pedals, causing the car to accelerate straight into the store.

The man was driving a white Hyundai Accent and was parked opposite the entrance. No injuries were reported and, according to witnesses, the cashier was not at her station when it happened. However, one of the workers saw the car coming and ran for cover.

Police arrived on the scene shortly after the accident and called a towing service to remove the car from the store.