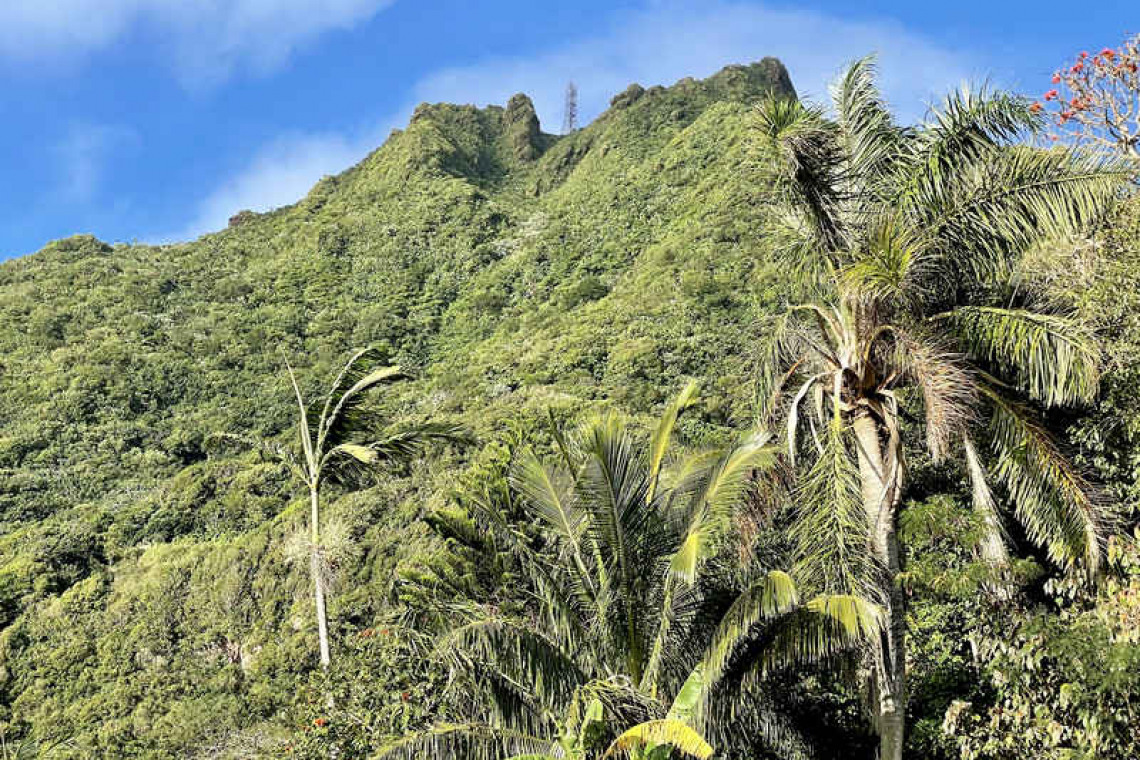 SABA–Residents of Saba are urged to attend a town hall meeting today, Thursday, April 15, to listen to a presentation by volcanologist Elske de Zeeuw-Van Dalfsen of the Royal Netherlands Institute for Meteorology KNMI on Saba’s Mt. Scenery volcano. She will also answer questions from the public.

The Executive Council of the public entity Saba decided early this week to organise the town hall meeting where people can be informed about the status of the Mt. Scenery volcano and the volcanoes on neighbouring islands. The subject has become very timely with the volcanic eruptions of La Soufrière in St. Vincent, more than 500 kilometres away from Saba.

De Zeeuw-Van Dalfsen is currently in Saba together with three KNMI colleagues to construct a new global navigation satellite system (GNSS)/seismic monitoring station on the north coast to measure possible seismic or volcano-related activity. The KNMI advises the local authorities about the status of the Mt. Scenery volcano, and has been monitoring in Saba since the end of 2006.

In an interview early this year, De Zeeuw-Van Dalfsen explained that a volcanic eruption does not happen suddenly. Usually it is a process that evolves over a longer period of time, accompanied by signals of the volcano’s increased activity. This has been the case in St. Vincent, where the volcano started to show signs of increased activity last year.

The Saba volcano is and has been for a very long time on code green, meaning that there is no abnormal activity. Experts call this “normal background activity.”

The fact that La Soufrière in St. Vincent has erupted does not mean that the other volcanoes in the region will become active too. Volcanoes are not connected; they stand on their own.