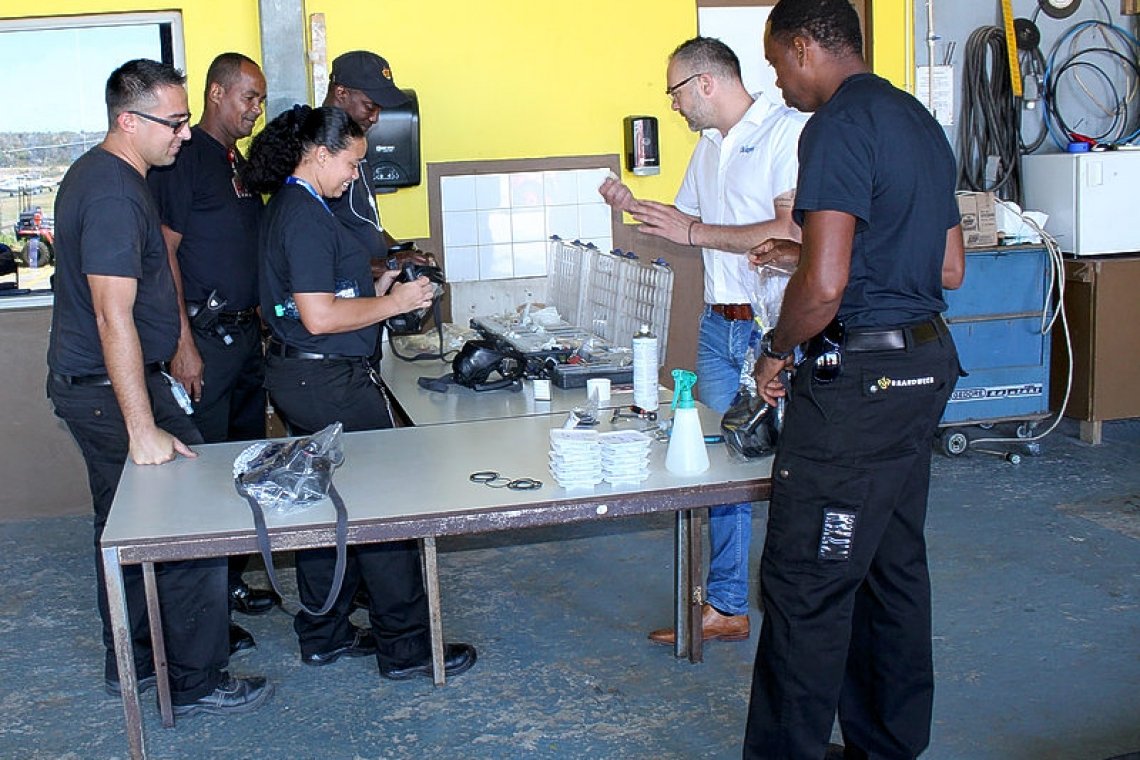 Mulder said his company does all the maintenance of breathing air systems, compressors and cylinders. They use a Dräger Quaestor 7000 device to test masks and breathing apparatus.

Mulder was joined by mechanics J. Nicolaas and D. Abraham from Bonaire. Mulder has been conducting trainings in Bonaire, Saba and Statia for more than seven years and said that now is time the time to let “these two gentlemen do everything by themselves.” That is the reason Nicolaas and Abraham travelled with him to Statia.

Nicolaas will be handling a refresher course next year, and Abraham will be carrying out the maintenance of the breathing air compressor. He said they have trained many persons in Bonaire on how to maintain the equipment.

Mulder said one of the purposes of his visit was to teach the fire personnel how to conduct maintenance on the equipment themselves. “Otherwise we have to come back to do all the maintenance, and of course that costs a lot of money.”

All personnel at the Fire Department had the opportunity to be trained and learn how to do the maintenance by themselves.

Mulder said the firefighters did “a great job” conducting the maintenance, especially when it came to managing the oxygen inside the cylinders.

Mulder and the mechanics were also due to travel to Saba for similar trainings, but because of the COVID-19 their trip had to be cancelled and instead, they returned to Bonaire.

Prior to their trip to Statia, the group also gave a training course on breathing air compressors in Bonaire. Previously they had visited St. Maarten and Curaçao to carry out maintenance on diving tanks and breathing equipment at the airports and the wFire Departments on both islands.