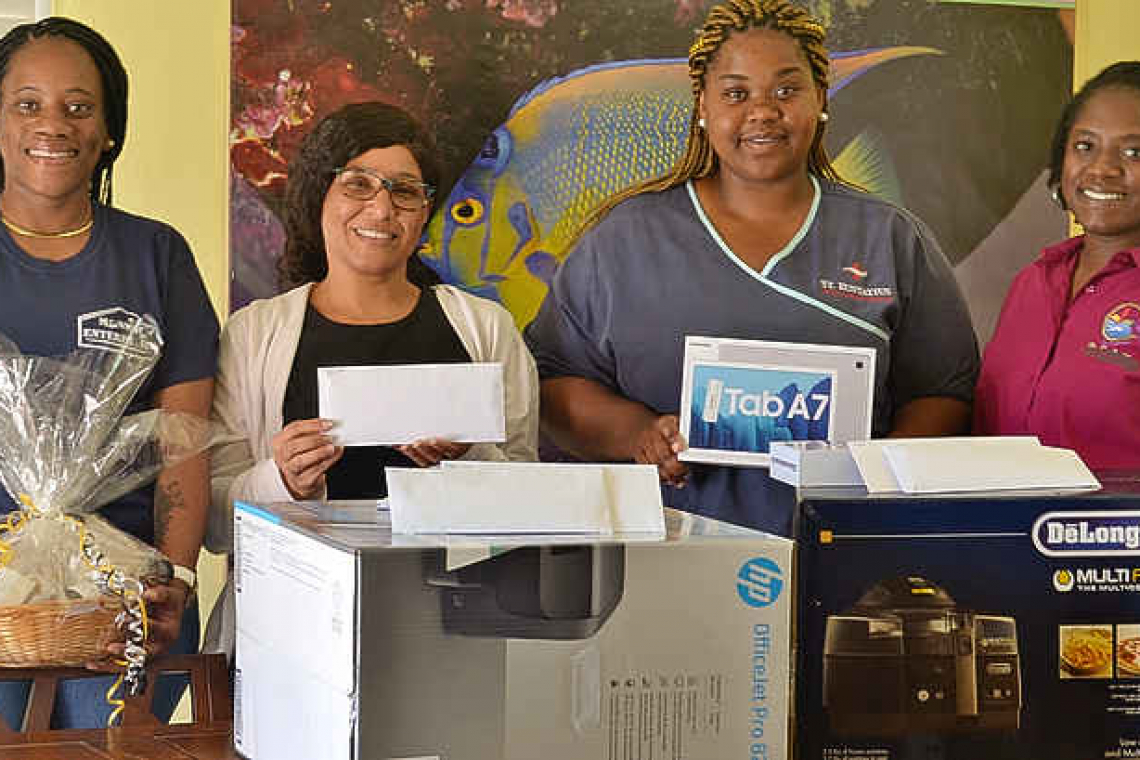 From left: Maliska Brown, Noris “Edna” Williams, Shadira Dinzey and Shanettie Carty as representatives from each team were presented with prizes.

The three participating teams were judged in different categories such as best dressed (team outfits), most eggs collected, and creating a jingle or skit. Competitors were also judged on how well they completed a specific task such as re-enacting old photos and traditions. A “know your island” test was given by personnel from the Tourism Office. For each task that participants completed they were judged, and those points decided the grand prize winners.

The event was held at several locations, including historical Fort Oranje, the Dutch Reformed Church, the government guest house, the Jewish synagogue and “the monument” in Van Tonningenweg in front of the Roman Catholic Church.

The special Judges were Misha Spanner, Roberson Hercule and Walter Hellebrand. Carty extended a special mention and appreciation to Marlo Brown and everyone who supported and contributed to the success of the event. A variety of prizes were presented to each team.