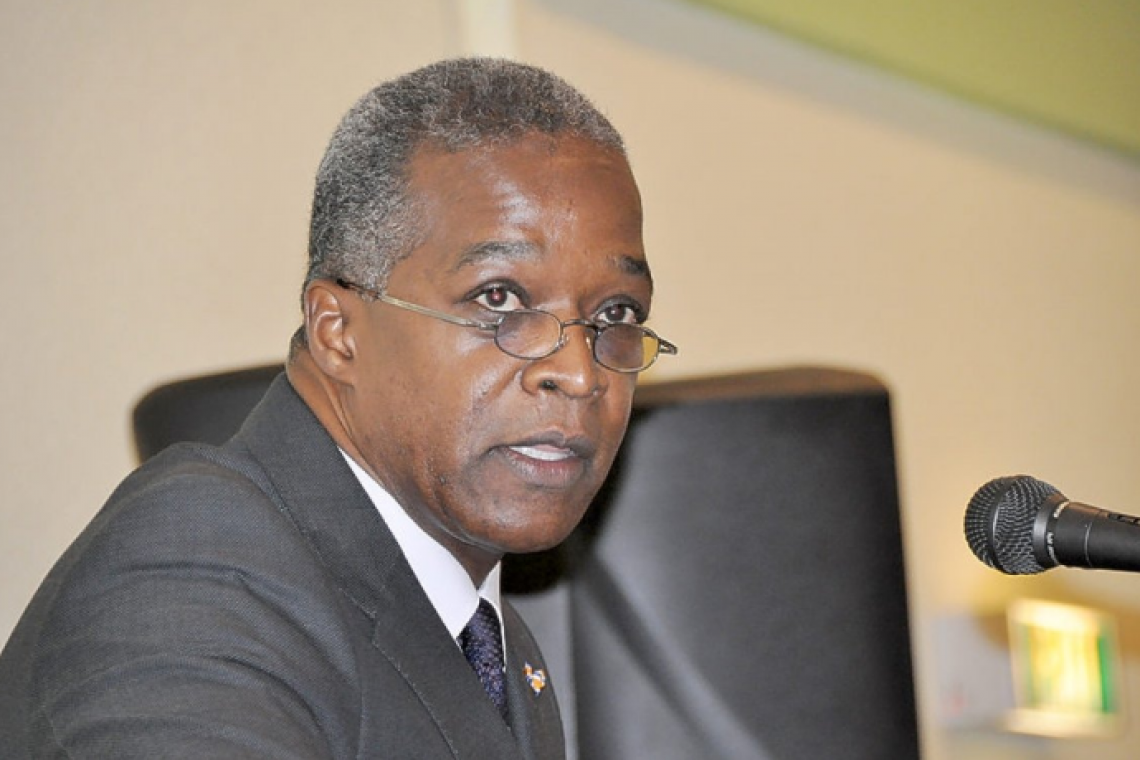 WILLEMSTAD–According to former President of Central Bank of Curaçao and St. Maarten (CBCS) Emsley Tromp, there was a suitable buyer for the troubled Girobank in mid-2016, who was prepared to adequately capitalize the bank and thereby safeguard customers’ balances and deposits.

CBCS, which is responsible for the bank’s management due to the emergency regulation imposed through the court, intervened at the end of 2013. Tromp cannot explain too much about this because he is still bound by confidentiality, but claims it should never have come to the point where clients last December had their assets above 10,000 Netherlands Antillean guilders frozen.

Following two-and-a-half years of emergency regulation and after 14 potential takeover candidates were reviewed, CBCS had the right buyer in 2016, said Tromp. According to him, the court had already appointed an “intended bankruptcy trustee” and Girobank would become a second example of a so-called “pre-pack”, as had happened with Curaçao Dock Company CDM.

“The question then is: If there was a solution in July 2016, what went wrong? And, secondly, how can a solution be converted into the near-collapse of the same institution in 2019?”

Tromp repeated that he is bound by confidentiality. “But this agreement is well documented in the CBCS archives and the intention was to make it public in August 2016.”

What happened next was in the sphere of influence of his successors (Jerrald Hasselmeyer, Alberto Romero, Leila Matroos-Lasten, Bob Traa and currently José Jardim as acting president).

Tromp could only add that CBCS filed a complaint in 2015 against former Girobank director Eric Garcia, supported by an extensive forensic investigation. “The reason for the Prosecutor’s Office not taking action is still a mystery to me today.”