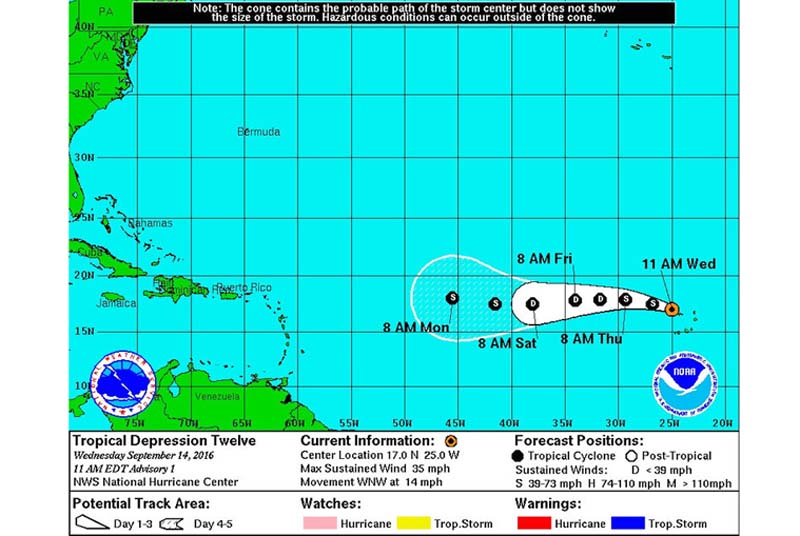 WATCHES AND WARNINGS
——————–
There are no coastal watches or warnings in effect.

DISCUSSION AND 48-HOUR OUTLOOK
——————————
At 1100 AM AST (1500 UTC), the center of Tropical Depression Twelve
was located near latitude 17.0 North, longitude 25.0 West. The
depression is moving toward the west-northwest near 14 mph (22 km/h)
and a gradual turn toward the west is expected during the next
couple of days. On the forecast track, the center of the depression
should move through the western islands of Cabo Verde this
afternoon and move away from the islands tonight.

Maximum sustained winds are near 35 mph (55 km/h) with higher gusts.
Slight strengthening is expected during the next 24 hours, and the
depression could become a tropical storm tonight. After that time,
some weakening could occur as the cyclone encounters unfavorable
upper-level winds.

RAINFALL: Locally heavy rains are expected over portions of the Cabo
Verde Islands through Thursday.