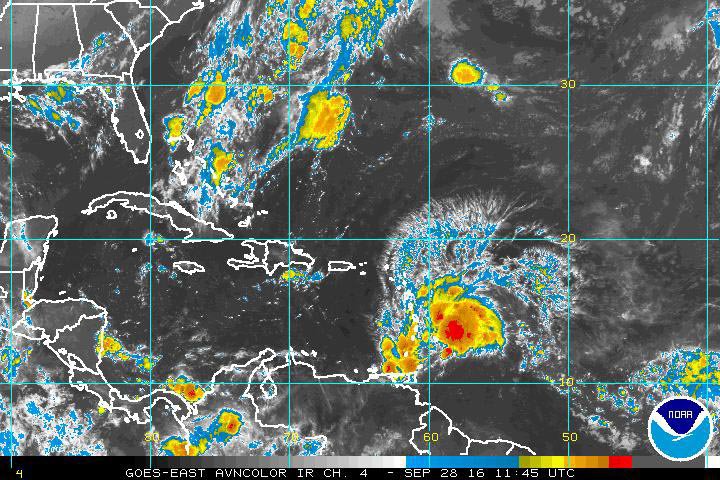 Reports from an Air Force Reserve reconnaissance aircraft indicate
that the strong tropical wave located near Barbados is producing
winds of 40 to 45 mph. Regardless of whether or not the system
becomes a tropical storm before it moves through the Lesser
Antilles, tropical-storm-force winds and heavy rains will spread
across Guadeloupe, Dominica, Martinique, and St. Lucia today.
Satellite and surface observations suggest that the circulation
associated with the system has become better defined, and the
reconnaissance aircraft is beginning its mission to determine if a
tropical storm has formed. The system is moving westward to
west-northwestward at around 15 mph, and is expected to pass over
the Lesser Antilles later today, and move over the southeastern
Caribbean Sea tonight and Thursday.

1. Interests in the Windward and southern Leeward Islands should
consult products issued by your national meteorological service,
including possible tropical storm warnings or watches. Interests
in Bonaire, Curacao, Aruba, and along the northern coast of South
America should also monitor the progress of this disturbance.

2. Disorganized showers and thunderstorms along the coast of the
western Gulf of Mexico are associated with a weak low pressure
area near Tampico, Mexico. This low is forecast to move inland
later today or tonight and significant development of this system
is not expected.