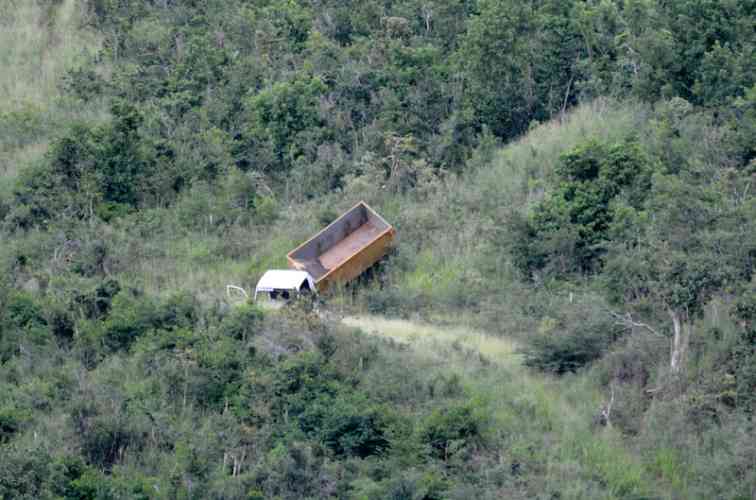 COLE BAY–Police responded to an emergency call from the driver of a truck who lost control and rolled downhill near Alexis Arnell Road on Wednesday afternoon.

On their arrival police saw that the man was not injured and he requested assistance from police to get his Hyundai dump truck back up from the side of the hill.

Ambulance personnel were called to check up on the driver and his passenger, and confirmed that both men had no injuries as a result from the accident.

The driver told officers he had lost control while driving down the hill and had had no choice but to continue downward.