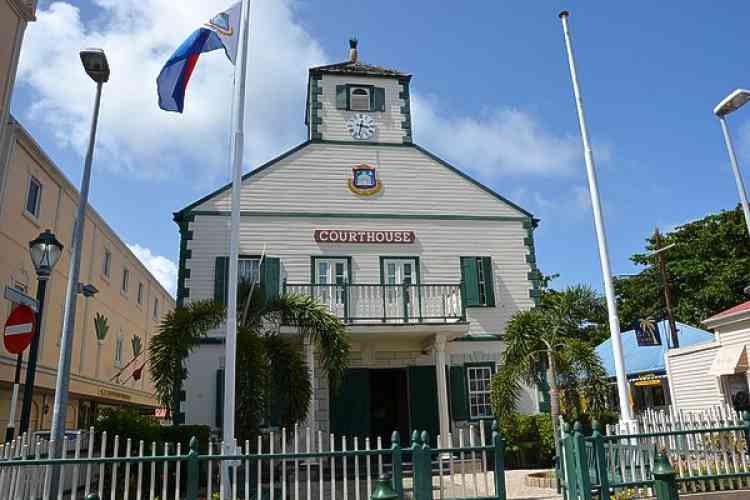 PHILIPSBURG–STC Administration and Management Service NV and Foundation Escrow STC’s directors C.D.T.S. and J.L.G. are charged with a number of violations of the Ordinance on Unusual Transactions. They answered to these charges during Thursday’s court hearing during which the Prosecutor demanded community service and NAf. 15,000 fines for both suspects.

Both trust office directors allegedly committed these crimes at STC Administration and its legal predecessor Standard Trust Company NV between January 31, 2008, and August 17, 2017. In total, they were charged with the failure to report unusual transactions to the total amount of approximately US $2.5 million. S. and STC are also suspected of having destroyed or hidden evidence requested by the Anti-Corruption Taskforce TBO and the Kingdom Detective Cooperation Team RST in 2017.

The evidence concerned STC client R.M., a consultant from the Netherlands who is suspected of money-laundering, bribery of government officials and failure to file taxes. According to the indictments, these crimes were allegedly committed in Dutch St. Maarten, French St. Martin, the Netherlands, Spain, St. Kitts and Nevis, Anguilla, the Isle of Man and Panama between January 1997 and August 23, 2018.

R.M. was arrested by the Fiscal Intelligence and Investigation Service FIOD, at the request of the TBO, in Rotterdam, the Netherlands, on August 23, 2018. The arrest and order for temporary custody resulted from the “Larimar” investigation into corruption, money-laundering and the payment and acceptance of bribes in the construction sector in St. Maarten.

Both STC directors were sentenced in March 2016 to conditional fines of NAf. 10,000, on two years’ probation, for money-laundering and violation of the Ordinance on Unusual Transactions.

This case derived from the case against former police commissioner Marcel Loor, who was irrevocably convicted by the High Court of the Netherlands on October 9, 2012, and sentenced to 23 months, six of which were suspended, on three years’ probation.

In Thursday’s case, the Prosecutor’s Office also demand the execution of these suspended sentences.

Every company and individual offering financial services has been obligated since 2003 to report so-called unusual transactions of NAf. 10,000 and more to the Unusual Transactions Reporting Centre MOT in Curaçao.

Among these were two transactions made in July and August 2011 on behalf of Larimar-suspect R.M. These concerned two payments of $300,000 in total from Caribbean Advice and Consultancy (CAC) Ltd. in the Isle of Man to Caribbean Real Estate/Re/Max in Anguilla for the purchase of Mullen property in Red Pond Estate, allegedly on behalf of St. Maarten politician Theodore Heyliger.

It is the Prosecutor’s opinion that CAC was established in connection with R.M.’s activities at the Port of St. Maarten, more specifically the causeway project.

Investigators searched the STC office and listening devices were placed. On June 10, 2017, they listened in on a conversation between the two directors during which S. reportedly said, “They are looking for the CAC file. … If they find it, all is there, all the contracts about the causeway, all the invoices. It was a payoff to Theo for the causeway,” she allegedly told G.

Confronted with this statement, S. said she had no suspicion of money-laundering. “When the transaction took place, I did not know anything,” she said, but as the Judge pointed out, she had also failed to report the transaction after detectives had questioned her.

The charge that S. and STC had destroyed or hidden evidence in the case against R.M. the Prosecutor builds on S.’ wiretapped statement made during a conversation with her brother A.S. in which she stated, “I have also said that I do not want a search, that they find it here. I am going to put it in the shredder.”

Attorneys Monique and Bert Hofman pleaded for their clients’ full acquittal because the CAC transactions were made in British territory and, therefore, fall outside of the St. Maarten Prosecutor’s Office’s jurisdiction.

Both lawyers further claimed that their clients had not thwarted the investigations into their client R.M., but – by contrast – had actually fully cooperated.

They claimed the STC directors were “integer” and “meticulous,” and they were critical of the method of operations and the poor accessibility of the Financial Intelligence Unit (FIU) pertaining to the reporting of unusual financial transactions.

The Prosecutor’s Office requested 180 hours of community service for S., whereas co-director G. would have to work for 120 hours. Both would also have to pay fines of in total NAf. 25,000, if it were up to the Prosecutor.

The Judge will give his decisions on April 11.