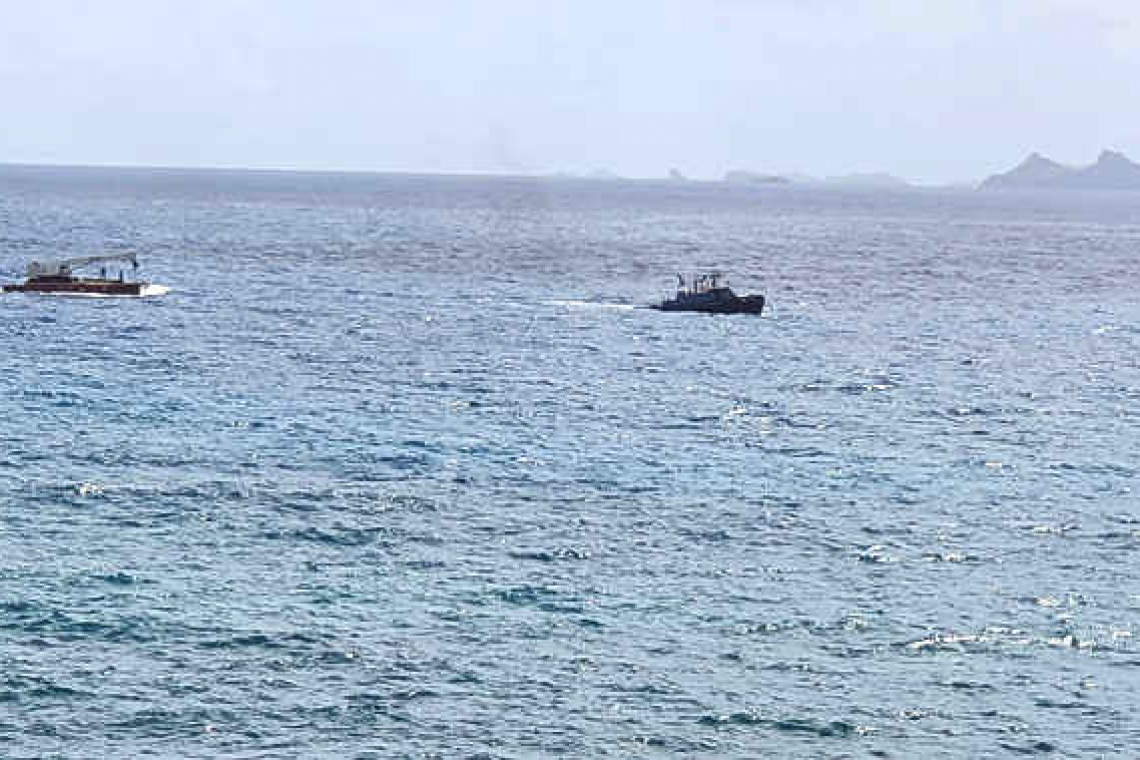 The tug boat (right) shortly before the sinking.

POINTE BLANCHE–A tug boat pulling a barge with heavy machinery sunk in the waters off Pointe Blanche around 11:30am Thursday. Two persons on the tug boat have survived the ordeal.

A coast guard boat responding to the incident.

Dutch Caribbean Coast Guard officials confirmed the vessel's sinking. However, it is yet unknown what caused the tug boat to slip beneath the waves.

A coastguard boat responded to the incident, as well as a Port St. Maarten pilot boat.